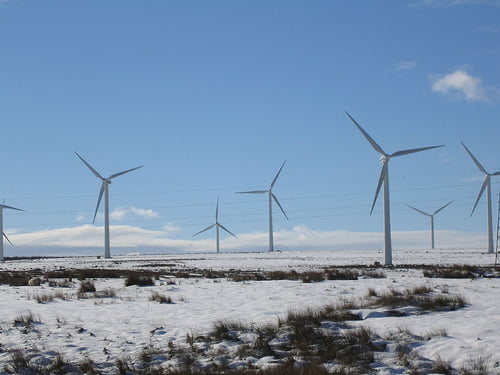 Scotland’s plan to produce 100% of its electricity from renewable sources by 2020 is unlikely if the country becomes independent, according to an academic report.

Energy researchers at Birmingham, Cardiff, Robert Gordon and Queens universities claim that Scotland would be unable to stump up sufficient subsidies to meet its ambitious target without support from the rest of the UK.

The Guardian reports that the study, which is published this week in the Political Quarterly journal, says Scotland’s clean energy innovation would also be impacted if the country went independent.

“Gaining greater control over energy policy is likely to be an inferior option [for Scotland] as far as getting renewables funded is concerned, in comparison with the prospect of achieving a scheme organised by Westminster in which the costs are shared across the UK”, the report states.

“This is because, in practice, funding a significant expansion of Scottish-based offshore renewables under independence would lead to considerable increases in Scottish electricity prices, something that a Scottish government would find hard to sustain politically.”

Scotland’s first minister Alex Salmond last year upped the country’s renewable electricity target to 50% by 2015. He also outlined recently how Scotland would be implementing a decarbonisation target, urging the UK to follow its lead on this move.

As well as Scotland needing the UK to fulfil its renewables objectives, the academic study also claims that the UK’s hopes of producing 30% of its electricity from clean sources by 2020 would be similarly difficult without Scotland’s plentiful offshore resources.