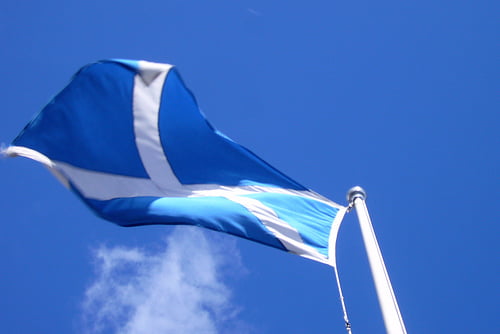 Communities and rural businesses across Scotland can now apply to a £23.5m government loan scheme that supports the development of small-scale renewable energy generation projects.

The scheme funds the testing and development of small-scale renewable energy projects for local communities and rural businesses. Designed to support the growth of these projects before they reach planning, it acknowledges the fact that the pre-planning stage is often viewed too high-risk for commercial loans.

Individual projects can receive up to £150,000 to cover 95% of agreed pre-development costs, such as environmental impact assessment or technical feasibility. Those projects returning the greatest benefit to their community will be more likely to receive a loan.

Rural business developers—typically farming businesses who want to put renewables projects on land they own or lease—must make an annual payment of a minimum £10,000 per megawatt (MW) of installed capacity to a local community organisation for a 20-year duration.

All loans are repaid in full, with interest, once the finance for the capital construction stage is finalised.

Ewing highlighted the renewables targets that the loan-scheme would help achieve and echoed the potential economic rewards, stating: “We have set a target of 500MW of community and locally owned renewable energy projects by 2020, which could be worth up to £2.4 billion to Scottish communities and rural businesses over the lifetime of those projects.”

He also highlighted some recent research done on behalf of the Scottish Government by Scotland’s Energy Saving Trust that helped produce a factual database of all community and locally-owned renewable energy installations in Scotland up to June 2011.

The report contained key findings that explained why CARES is critical in achieving Scotland’s 2020 community and locally-owned renewables target. It showed that by the end of June 2011, an estimated minimum 147MW of energy capacity was operational in Scotland, with a further 666MW estimated to be in different stages of development.

On the one hand, these results show that Scotland is on track to achieve its 2020 500MW target. But they also reflect massive energy potential that must be converted from theory and planning into renewable reality.

Breaking down the 666MW figure: 25MW is under construction, 96MW has been granted planning permission but is yet to be constructed, 334MW is awaiting a final planning decision, and a further 200MW is under consideration.

The importance of this kind of monitoring is sometimes underplayed; it serves to highlight why the Government must continue to use cash from fund pots or loan-schemes to support local renewables projects up to planning.

Ewing also stressed the wider community benefits of the new loan system, explaining: “The CARES scheme empowers communities all over Scotland to capitalise on our green energy revolution by developing their own community energy.

“They will in turn be able to take the profits from the schemes and plough them back into their own communities.

Incomes can be reinvested into school education; improved public access to information about household energy conservation; improved social amenities and quality of housing; or green business opportunities in areas such as household waste sorting. Overall, it will empower local people by allowing them to make decisions about how to most effectively use the money.

CARES is certainly reflective of the Scottish Government’s wider drive to achieve a more sustainable nation both at community and commercial scales. Recent news highlighted the Government’s continuing efforts to unlock more of the vast wind, wave and tidal resources available on Scotland’s element battered islands, with an attack on Ofgem’s review of a planned overhaul of the renewable electricity transmission charging system.

After the energy regulator warned in their review that the cost of clean energy generation in the Scottish islands would remain “very high”, Ewing expressed disappointment that they had not delivered a more concrete solution to supporting green energy generation.

The problem lies with the existing structure of transmission charging; investment cost related pricing (ICRP) charges generators more the further they are from demand.

Ewing said: “It is disappointing that the regulator has left little scope for the islands to get fair treatment through the industry stage of Project Transmit and we will continue to work to get the best deal possible for them.”

One thing remains certain: the Scottish Government under SNP power will continue to work hard towards making Scotland more sustainable. This means focusing not only on finding ways to reduce the cost of producing and delivering clean energy at a commercial scale, but also crucially on empowering communities in their efforts to become sustainable themselves.

More can be discovered about the details of Scotland’s existing community level energy generation and carbon reduction projects under the Project Database at Community Energy Scotland. If you are interested in switching to renewable electricity for your home or business, visit Good Energy—the UK’s only 100% renewable energy supplier.