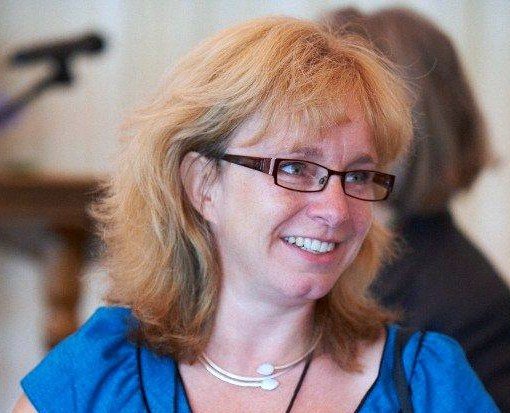 Very few people in the UK sustainable and responsible investment (SRI) industry can claim they’ve ‘been there, done that, got the T-shirt’. Julia Dreblow, founder of sriServices, is therefore in a privileged position in that she’s got a whole wardrobe full.

Having worked in the sector since the early-90s, she has witnessed first-hand both its growth in size and its evolution in scope. In the beginning, it was all about changing the world by simply avoiding the bad guys. Not anymore.

“Public awareness of environmental and social issues has grown, and organisations have improved their understanding of potential business impacts”, says Dreblow.

“Pressure from investors is very much part of that – they’ve got a major role to play. Fund managers are using a myriad of different strategies to influence companies these days and the dots are becoming more joined up.”

It was while working as a broker-consultant at pensions firm NPI that she was converted to the world of ethical investment. Sitting in a presentation from the newly acquired NPI Green Team (formerly of Jupiter Asset Management), Dreblow’s eyes were opened.

“When I started out, people were battling against Barclays bank over its involvement in South Africa; the hole in the ozone layer in the southern hemisphere was a major threat; and the Ogoni people in Nigeria were being badly mistreated by Shell”, she explains.

“All these things were issues I was concerned about outside of work, but when the Green Team started to talk about them as part of the investment world, the penny soon dropped. I remember one particular slide, presented by Tessa Tennant [co-founder of the Jupiter Ecology Fund]. It showed a headline from a newspaper. It said because of all the chemicals in food and water, sperm counts were down something like 50% over the last 20 years.

“I just remember thinking that people should know about these things and be able to decide for themselves whether or not they were happy investing in companies that were at odds with their personal views .

“I felt that I wasn’t going to be on my own thinking like that, and that it was an area that was definitely really, really important and should be helped to grow.”

Having decided there and then that this was what she wanted to do for the rest of her career, she began helping the team communicate what they did to salespeople and advisers. Even though she was relatively inexperienced at the time, she was dealing with financial advisers all day every day – which gave her an advantage.

After moving to Australia for a year, she got a job at Friends Provident (now Friends Life), which had strong ethical foundations having been established by the Religious Society of Friends, the Quakers, in the 1800s. Dreblow’s sales manager promised her that if she worked hard, he would do his utmost to get her a job in Friends Provident’s flourishing ethical investment area. He was true to his word and a year later she switched departments.

She quickly developed a name for herself as an authority on SRI while running that area at Friends Provident, and was invited to sit on the board of the UK Sustainable Investment and Finance Association (UKSIF) in 2002. Around that time, there was some criticism from independent financial advisers (IFAs) – which was “absolutely spot on”, says Dreblow – who said UKSIF didn’t focus on the retail market enough.

To fill this gap, Helen Wildsmith, chief executive of UKSIF during Penny Shepherd’s four year spell away from the organisation, set up what she loosely called the “retail revolution”. With the help of a sub-committee chaired by Dreblow, they created a guide for financial advisers that aimed to train them up in SRI. It was a success, and UKSIF then began looking for ways to get it out to the mass market.

When Shepherd resumed her role as chief executive, a decision was taken to dedicate a week for green and ethical investment – looking to mirror the impact of similar events like Fairtrade Fortnight. With that, in 2008, National Ethical Investment Week (NEIW) was born. This year’s event, October 13-19, will be its sixth incarnation.

NEIW has evolved over the years to also encompass charities and churches, with the likes of Ecclesiastical Investment Management and CCLA heavily involved. IFAs are still targeted, but Dreblow says in general, even though the area is growing, advisers are not active enough.

“A lot of advisers will position ethical investment as quite scary and quite extreme. But when clients look at the actual fund, they see it’s not half as extreme as they thought so there is a mismatch between expectation and reality”, she says.

“I have heard stories all too often of Financial advisers, offering ethical advice to people, saying, ‘You’re not interested in this green nonsense, are you?’ I think the reason for that is that they feel a lack of control, as clients know their own views and often understand ethical issues better than they do.

“They’ve got to protect their position as a trusted adviser and having less knowledge than their client on a subject is quite difficult.”

This is where Dreblow’s latest job comes in. She has founded sriServices – a training and support service for advisers who want to understand the area better.

It has a database of retail funds, including life insurance and pension funds, which fit within the broad SRI criteria she has identified. Using online research and marketing material from fund managers, Dreblow has built a website that aims to make SRI as easy as possible for advisers to understand and work with. She aims to dispel the myth that SRI is all about avoiding tobacco, animal testing and other sin stocks – explaining instead that SRI today is highly diverse and often focuses on encouraging better business practices.

“Advisers must not oversell the negativity; most funds are more about balancing pros and cons, or considering sustainability issues. I’ve tried to address all of that by making it so that financial advisers can see that there are different pockets or styles that sit within the whole SRI market”, she says.

“Financial advisers have had a pretty tough time. But ethical investors are stickier than other investors. They’re more loyal; they stick with you when there are ups and downs, so they’re highly desirable for fund managers to attract. ”

Dreblow adds that although the area has come through the recession pretty well, there have been a number of barriers to further growth in the sustainable investment sector. The retail distribution review (RDR), the ruling that came in place in January that meant all financial advice had to rely on fees from clients, rather than commission, has slowed growth. However, once the dust settles and the industry is back on its feet, Dreblow says SRI will “sit very comfortably” with the new, transparent, more professional financial advisory market.

And for the investment industry itself, an ongoing commitment to encourage long-term, sustainable progress amongst investee companies is clearly positive.

“With really big businesses, continual progress is essential, so working with bigger, often controversial companies is not optional if we want to see real change ”, she says.

“If you’ve got sustainability funds in there that are encouraging companies to move in the right direction, then that’s really positive. The days of ethical funds bashing companies over the head telling them they’re naughty, and then being ignored, are behind us. Fund managers are getting better at finding a balance now. Their understanding of the business impacts of SRI issues and reputational risks has become more sophisticated, so they are better than they used to be at making the case for positive progress.

“Ultimately it’s about raising standards. The multifaceted SRI industry we see today is very exciting, but it is a long way off reaching its full potential.

“The diversity we see today is great. There are major fund managers who are engaging for change with multinationals, new fund managers developing niche ethical approaches – and yet more offering cleantech and environmental solutions, to name but a few. All of these are available to investors who in the early 1990s would only have had the option of investing via a handful of screened ethical funds.”

Having someone with Dreblow’s passion and experience flying the flag for the SRI industry can only be a good thing for its long-term future. There are many signs that sustainable investment is on its way to becoming a mainstream strategy, and part of this process is about encouraging investors to look more closely at what their money is doing, to ensure it’s not funding something contradictory to their personal views.

“I care passionately about encouraging change because it’s essential for the wellbeing of future generations, but I’m also strongly supportive of funds with very strict ethical criteria because I know there are lots of clients out there who really care about more traditional ethical issues”, Dreblow concludes.

“These may be different markets, but they are all part of the patchwork of options that sit under the banner of SRI and are aimed at investors who care – and it is this choice that makes the area so interesting.

“Encouraging positive shifts, whether through supporting start-ups or challenging multinationals, is where investors can help effect change and benefit themselves in the process. Institutional investors have come on in leaps and bounds in this area over the last 15 years but individual investors have both a role to play and a right to a slice of the action too – and that’s why I am working on oiling the cogs of the retail SRI market.

“No investor should be left saying, ‘I didn’t know I could invest ethically’, or have an investment strategy that is totally at odds with their lifestyle choices. It’s time to confine such nonsense to history.”