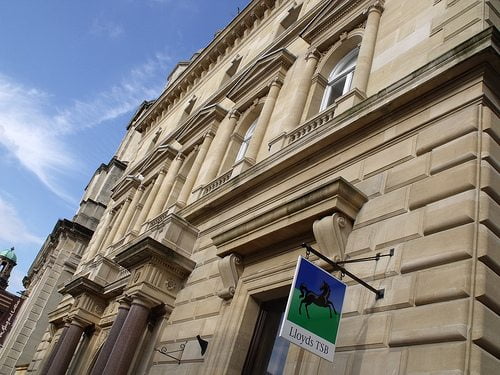 The Treasury has sold 6% of its share in Lloyds Banking Group – a deal that brought in profits of £61m for the public purse.

The privatisation process of the part state-owned bank began on Monday after the chancellor George Osborne “authorised the process to begin” following advice from UK Financial Investments.

On Tuesday however, it was reported that the deal had been sealed, and that the government had sold 6% of the bank for £3.2 billion, making a profit of £61m. The transaction cuts the government’s share in Lloyds to 32.7%.

With further sales expected in the coming years, it is anticipated that the Treasury will eventually sell off all of its interests in the banking group.

Lloyds Banking Group was bailed out by the government at the peak of the 2008 financial crisis as part of a £20 billion deal, and has since been the centre of numerous controversies, including the PPI scandal, mistreatment of customers, links with arms trades and tax evasion.

Some question the government’s decision to pass assets back into private hands, arguing that it could provide good returns on taxpayers’ money in the future.

Last week, Lawrence Tomlinson, chair of LNT Group and entrepreneur in residence at the Department for Business, Innovation and Skills (BIS), told Blue & Green Tomorrow, “What if, a number of years down the line, the share price increases six-fold? Wouldn’t it be good to keep that as a national asset instead of palming it off to private ownership too early, having absorbed all the risk and taken none of the return?”