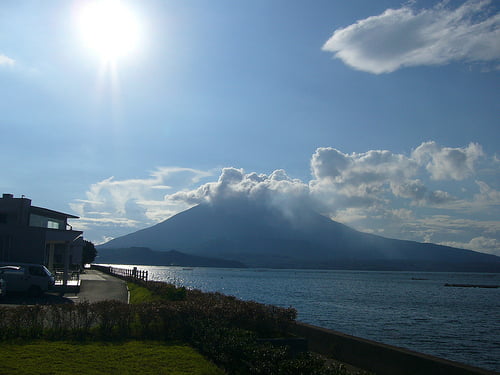 The solar ambitions of Japan, home of the Kyoto protocol, have stepped up a gear after Kyocera Corporation announced plans to build a 70 megawatt plant on the southern island of Kyushu.

The multinational manufacturing firm has struck a deal with engineering company, IHI Corporation, and the Mizuho Corporate Bank, to fill the void left by the now almost dormant nuclear industry.

Japan recently suspended all but one of its 54 nuclear power plants in the wake of last year’s Fukushima disaster. The shortfall in energy production means that solar is set for a very bright future in the Asian nation.

Each of the three companies involved has a different role to play within the agreement: Kyocera will concentrate on the construction and maintenance side of the project, supplying 100% of the solar modules; IHI will focus on operation, with its first job to lease the land available; and Mizuho will draw up a stable financial agenda that will form the foundation of the development.

It has been proposed that a brand new company will be formed to take control of the running of the project, which begins construction in July and is located in Kagoshima City, nicknamed the “Naples of the Eastern world” because of its “bay location, hot climate and its stratovolcano”.

The site that has been chosen is approximately 314 acres – that’s over 150 football pitches – and is expected to cost almost £200m.

With the overall aim of generating 79,000 megawatt hours of electricity on a yearly basis—enough for roughly 22,000 households on average—the project is a welcome step forward for a country still shaken from its recent energy-related disaster and after effects.

Japan follow the example set by India and Tanzania – just two of the countries covered by Blue & Green Tomorrow that have made major strides forward in solar ernergy production.

The UK, though, has stuttered in the sector, thanks to an on-going dispute between government, providers and consumers over the feed-in tariff rate.

Meanwhile, Apple and General Electric are amongst the trailblazing pro-solar companies.

Adopting renewable energy, both at an industrial and domestic level, will reduce carbon emissions and other harmful pollution, and ultimately be better for the Earth and its people. It is therefore imperative that more countries, businesses and individuals take the plunge and go for clean power.

Good Energy, the UK’s only 100% renewable electricity supplier, can help you make the switch.