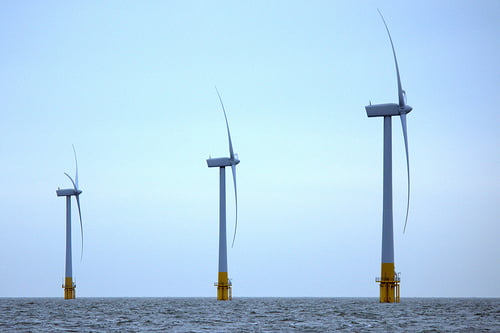 Ernst & Young’s latest Renewable Energy Country Attractiveness Indices (RECAI) says the UK is the most attractive country in the world for offshore wind investment, and the fifth most attractive for renewable energy more generally.

The US, China, Germany and Australia make up the top four, with the UK moving up one place from the version of the indices released in November.

Ben Warren, environmental finance leader at Ernst & Young, said, “We are at a stage where the UK is presented with a unique opportunity to become a safe harbour for renewable energy investment in Europe.

“The foundations are there, reflected by the UK’s consistent performance in our index and its current fifth place ranking, as well as its huge offshore wind potential.”

He added, “However, competing visions and strategies within the government about the country’s future energy mix, pose serious questions amongst investors about whether we can compete for capital on a global level.”

Last time around, Warren said the UK’s drop to sixth in the indices was down to the “political limbo”, which he feared could discourage investment in renewables.

Nick Medic, director of offshore renewables at trade body RenewableUK, said “The proposals in the energy bill, and a firm political consensus on the need to develop offshore wind energy, will be the deciding factors.

“Working together we can build a sector we are all proud off, leading the world in job creation, clean energy production and billions of pounds of continued investment.”