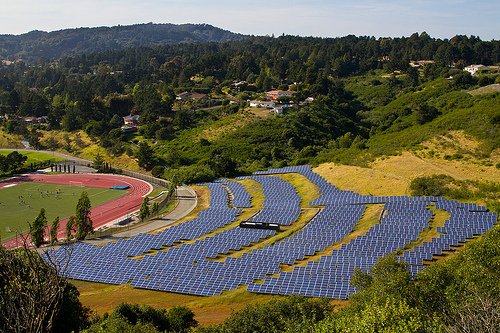 After a less-than-convincing year in 2010, investment in UK renewable energy leapt 35% in 2011, with a total of £5.9 billion pumped into the sector, according to new research by The Pew Charitable Trusts.

The upsurge means the UK lies seventh on a list of G20 nations, with the US, Germany, Italy and India also performing well.

“In part, investment growth in the United Kingdom can be attributed to investors initiating new projects before policy incentives are curtailed.

“To maintain growth, the UK must provide consistent, long-term market signals that provide certainty to investors.”

Solar roared forward to become the most lucrative renewable energy industry in the UK, with a total investment share of $4.8 billion (£3 billion) in 2011, according to Pew.

This is something that was echoed by BNEF in January, when it stated that global investment in the solar industry contributed to over half of the total investment in clean energy last year.

The encouraging statistics from the UK come despite a few final troubled months in 2011 caused by the uncertainty surrounding the feed-in tariff scheme. The Government had wanted to cut subsidies for solar, but the Supreme Court turned down its appeal against a ruling that described subsidy cuts as “legally flawed”.

However, in the first quarter of 2012 the statistics aren’t quite as rosy. BNEF reports that investment in clean energy in this period was at its lowest since 2009, with chief executive Michael Liebreich saying that the remainder of the year could be “difficult” because of government uncertainty around the sector.

Despite this, the need for investment in renewable technologies has never been greater. Paired together, two of our most recent in depth reports—The Rise of Renewable Energy and The Guide to Sustainable Investment—are rich with information about investing in a thriving and, perhaps more importantly, sustainable sector.