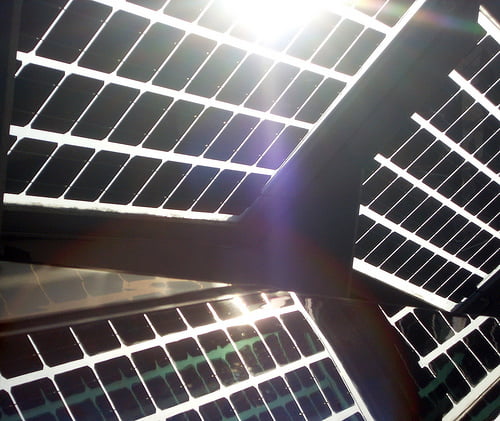 A 32 megawatt (MW) solar project – which its developer says is the UK’s largest – has received planning permission from the local council.

Lark Energy’s £35m development has been approved by Charnwood Borough Council, allowing construction to begin on installing around 125,000 solar panels on 150 acres of Leicestershire land.

Located on the site of a former world war two airfield at Wymeswold, work on the solar farm is could start as early as this year.

“Lark Energy has played a leading role in demonstrating how large-scale renewable energy can be deployed quickly, and with the support of the local community, to help the UK address its carbon reduction and energy security requirements”, said managing director Jonathan Selwyn.

“We are delighted that Charnwood Borough Council has granted us planning permission for the project at Wymeswold Airfield and look forward to working with the council, the landowners and Hazel Capital in realising the delivery of this exciting project.

“We are committed to developing significant solar assets in the UK and continue to see a bright future for the technology in this country.”

Planning approval for Lark Energy’s development comes after the UK’s largest community-owned solar farm, Westmill Solar Co-operative, announced that it had raised sufficient funds from shareholders and investors to purchase its solar park.

It also follows a YouGov energy poll in which solar came out shining, with 72% of respondents wanting increased solar development in the UK, compared to 55% that want more wind.

The poll, along with recent innovative projects in Suffolk, Northern England and in London, as well as further afield in India and Morocco, proves that solar power is a renewable technology very much on the ascendency in both public opinion and investment. Because of this, the sector is sure to play a key role in decarbonising the UK’s energy mix.