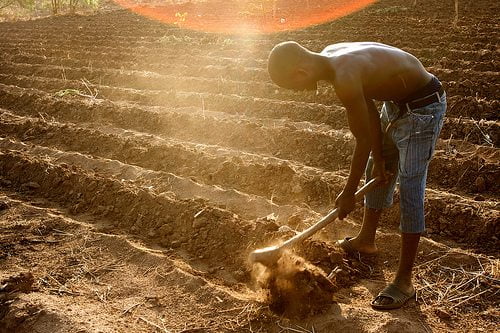 Investment in climate change adaptation in Africa is vital to ensure that decades of development progress in the country is not reversed, according to a report by United Nations Environment Programme (UNEP).

As the effects of climate change impact Africa, the steps the country has taken to grow and secure a sustainable and more equitable future could be placed at risk, the report states. UNEP estimates that by 2050 Africa’s population will have doubled, reaching 2 billion people, with the majority still largely dependent on agriculture for their livelihoods.

Further amplifying the issues around a growing population is increasing water scarcity, water availability is projected to decline by 20-50%, is expected to put pressure on resources, including food. Some 94% of agriculture is dependent on rainfall and crop yields could be reduced by as much as 20% in some regions of Africa, highlighting how climate change could have a profound impact on the country’s development.

UN under secretary and UNEP executive director, Achim Steiner said, “Such a scenario, if unaddressed, could have grave implications for Africa’s most vulnerable states.”

A report from UNEP sets out examples of successful adaption projects that are low-cost and offer additional benefits, such as improving the health of ecosystems and educating communities to sustainably manage their areas. One example in the report is an aquatic ecosystem project in a local community in Togo that delivers a 448% increase in access to water for human use, agriculture and livestock.

“By integrating climate change adaption strategies in national development policies, governments can provide transitional pathways to green growth and protect and improve the livelihoods of hundreds of millions of Africans.”