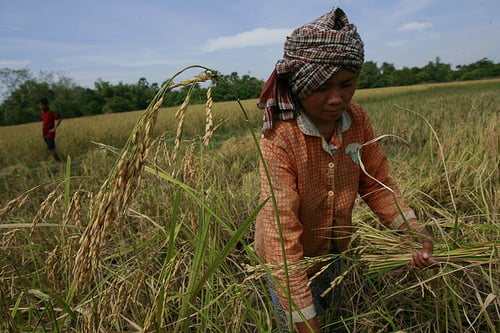 Ramped up responsible investment into agriculture could help tackle poverty and hunger across the world, according to the UN Food and Agriculture Organisation (FAO).

It says that around 870 million people globally – primarily in developing countries – currently have insufficient access to food, and that investment strategies that put farmers at their heart should be lauded by governments.

“Agricultural investment has long shown itself to be one of the most effective and sustainable means for reducing hunger and poverty”, said José Graziano da Silva, director-general of the FAO.

“It is up to national governments, assisted by the international community, to create conditions where farmers can invest more and to increase their own investments in ways that generate economic and social benefits, as well as environmentally sustainable results.”

Germany, where €700m are spent each year on food security and rural development in the developing world, was picked out as an example model.

Graziano da Silva was speaking ahead of the Agriculture Ministers’ Berlin Summit 2013. His comments come after the Committee on Food Security (CFS) approved the formation of a set of agricultural responsible investment principles in October.

Just last week, a report by the Institution of Mechanical Engineers outlined that between 30-50% of food produced around the world “never reaches a human stomach” – prompting calls for an improvement in the efficiency of food production.