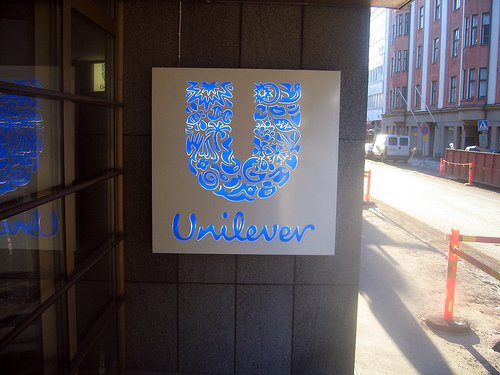 Consumer goods manufacturer Unilever has been named as the top corporate sustainability leader by experts for the second year running.

The ranking, which was co-conducted by research company GlobeScan and hybrid think-tank and consultancy firm SustainAbility, surveyed over 800 sustainability experts from 76 countries, who handed Unilever the crown.

“Unilever’s efforts and progress in making sustainability core to their forward business strategy are applauded by us and acknowledged by experts around the world”, said senior vice-president at SustainAbility, Jeff Erikson.

“The survey results are another clear sign that leaders in all sectors and across many institutions must commit more resources and more effort to creating the system changes required to make real progress toward a sustainable future.”

All 825 experts were asked to name companies that they thought incorporated sustainability as an integral part of their business plan.

Unilever notched its second consecutive top spot in the ranking partly thanks to its Sustainable Living Plan, which projects the company’s sustainability targets over the next decade and includes the ambitious target of sourcing 100% of its agricultural raw materials sustainably.

There is a negative side to the results though: perception of sustainability leadership has declined or stalled across nearly all types of leaders in the past year. These include social entrepreneurs, leaders in the scientific community, and government leaders.

GlobeScan’s sustainability director, Eric Whan, said, “Companies seeking expert recognition for leadership face ever increasing competition. They cannot rely on past achievements alone […] We think that [fact], in and of itself, can only help drive innovation within organizations that have what it takes to lead.”

Unilever’s place at number one is understandable because of its positive work in the field of sustainability. Similarly, Marks & Spencer—recently named as retailer of the year at the New Energy Awards—is no doubt deserving of a place in the top ten. And even GE, although not historically sustainable, has been one of the leading global innovators in clean energy in recent years. However, there are a few companies whose inclusion is a little more baffling.

One of those, Shell, one of the world’s biggest oil extractors, is tenth in the list. Its business strategy might be oozing sustainability, but surely the very nature of its industry should signal its exclusion from any kind of sustainability list.

The recent (and on-going) gas leak in the North Sea and the criticism pointed towards Arctic exploration are recent examples of the damage and hysteria that the oil industry can summon.

That aside, the SustainAbility and GlobeScan ranking highlights an important fact: that more companies are including sustainability in their business strategies—a welcome and prerequisite step in the march towards a more sustainable future.

Blue & Green Tomorrow will continue to champion companies who take sustainability seriously. Fill in our online form, if you’re interested in finding out more about sustainable investment.