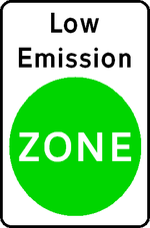 Why Zero Emission Vehicles are Vital to a Growing Relocation Industry

Government talks in recent weeks have revolved around a global dedication to reducing carbon emissions in a bid to slow the effects of global warming. This however, is nothing new in the world of business and politics. For years the world has been moving towards cutting carbon emissions, albeit at a glacial pace.

With the Paris Climate Summit, COP21, being as successful as it was, and with London mayor Boris Johnson’s plans to create the world’s first ultra-low emission zone in the heart of our capital by 2020, life in the British capital is going to change substantially over the next few years.

The relocation industry in particular is one of the industries which is going to need to shake itself up over the next few years, especially if they’re looking to pass the ultra-low emission zone when it comes into force. As it stands, the vast majority of large removal trucks favoured by the industry run on diesel – unsurprising considering the weight they have to pull. Despite diesel putting out less carbon monoxide, carbon dioxide and other hydrocarbon emissions than petrol, it’s safe to say that burning diesel isn’t exactly good for the environment.

Over the last few years there have been a move towards zero-emission removal trucks, though these are admittedly few and far between. As it stands in 2015, the vast majority of the trucks removal companies use aren’t going to pass as zero-emission capable. Unlike heavy construction machinery which is moving to LNG as a fuel source, the relocation industry isn’t likely to have to capital to fit its tanks with the high pressure cryotanks necessary to run the clean-burning fuel. Instead, if London’s move to being an ultra-low emission zone comes to pass, the majority of removal companies won’t be able to comfortably operate inside the low emission zone without electric trucks; if this is something that the rest of the world sees as a success, removal companies everywhere are going to need to rapidly start restructuring their fleets.

One company which has seen the benefit of being zero-emission capable is the Dutch company Aad de Wit Verhuizingen. Their removal trucks are fully electric, powered entirely by wind and solar energy – something their slogan “Verhuis Elektrisch” (“Electrical Moving”) proudly boasts. Back in 2008 the company realised that if they were to comply with EU standards they would have to cut back on their emissions. At the time they calculated that 90 per cent of their CO2 emissions as a company, including their travel to and from work, were produced by their fleet. As a result, they decided to move to fully sustainable solar and wind power to help their customers move home. Since 2011 their largest fully-electric trucks are capable of travelling 155 miles before they need recharging, showing that zero-emission removal companies are not only possible, they’re fully sustainable.

So where does this leave the removal industry as it stands? With the UK government backing first time buyers, housing market back on the rise. This means that there will be room for the industry to grow. However, with the London ultra-low emission zone coming into force in little over 4 years’ time, companies in London is going to have to go green and get zero-emission capable if they want to be ready to beat back the competition come 2020. The demands of the relocation industry is changing and if British relocation companies want to keep up, they’re going to have roll with it.