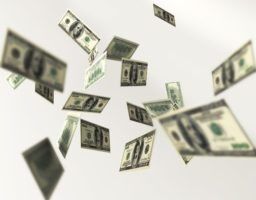 £20 Million To Be Raised By Ceres Power

Ceres Power, a world leader in low cost next generation fuel cell technology, has announced that it is set to raise £20 million following a proposed placing.

Ceres Power Holdings plc (AIM: CWR) announces a proposed placing to raise approximately £20.0 million, (£19.4 million net of estimated expenses), by way of the conditional placing (“Placing”) of up to 228,603,083 Placing Shares at a price of 8.75 pence per share (the “Issue Price”) with existing and new institutional investors and certain Directors. The Placing Shares to be issued pursuant to the proposed Placing will represent approximately 23 per cent. of the Enlarged Issued Share Capital of the Company. The Placing Shares will rank pari passu in all other respects with the Company’s Existing Ordinary Shares.

It is expected that the finalisation of the proposed Placing will commence immediately following this announcement and a further announcement will be made to confirm its completion in due course but no later than 29 September 2016.

The proposed funding will put us in a strong position at a key stage of the company’s growth as we develop our commercial engagements with some of the world’s leading companies.

The money earned will aid towards the company’s financial position and expansion potential, the funding will go towards :

Phil Caldwell, Ceres Power’s Chief Executive Officer said:
“The proposed funding will put us in a strong position at a key stage of the company’s growth as we develop our commercial engagements with some of the world’s leading companies. This proposed funding combined with recent technology gains enables the development of higher power applications alongside our residential offering, opening up significant new market opportunities in the commercial and transportation sectors.”