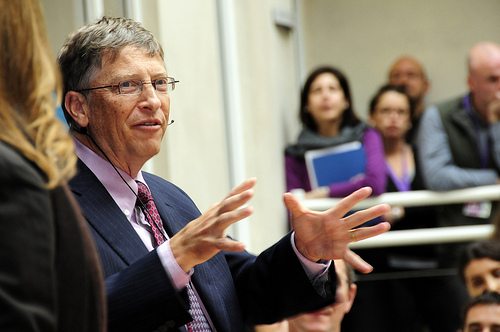 The world needs breakthroughs in clean energy that are “miraculous”, as current investments aren’t being made quick enough, according to the world’s richest man Bill Gates.

In a post on his blog, Gates Notes, the Microsoft founder says, “Clean-energy miracles don’t just happen by chance. We have to make them happen, through long-term investments in research and development.”

In a recent Ted talk, Gates talked about the need to reduce the amount of carbon dioxide in the atmosphere and the need for research into zero-carbon energy sources.

He is currently investing in projects to produce cleaner more affordable energy, which he says he will share as they develop.

Gates goes on to explain this sector is so important because of the world’s increasing need for energy.

The International Energy Outlook 2013 projects world energy consumption will increase by more than 50% by 2040.

Some breakthroughs are happening, with one recent study suggesting a change to the materials used to make solar cells could make panels cheaper and safer.

However, Gates says although we have made a good start with clean energy technologies, it’s still not enough.

“We need a massive amount of innovation in research and development on clean energy: new ways to stabilize the intermittent flows from wind and solar; cheaper, more efficient solar panels; better equipment for transmitting and managing energy; and more”, he says.

He also talks about the lack of investment in clean energy in both the private sector and from the US government with investment in green energy at just 2%.

“In theory, when private markets under-invest, government can step in. But in practice, the U.S. government isn’t investing nearly as much as it should either.

“By underinvesting in clean-energy research, we’re not only putting our global leadership at risk, we’re depriving researchers of funding that could shape the future of this crucial field.”

Gates is part of the American Energy Innovation Council which looks at energy challenges. The organisation produces reports, some of which argue the US government should fund long-term research in energy and invest $16 billion a year.

Gates writes that he thinks this is justified, but work needs to start now: “It would unleash significant new investments in basic energy science, advanced nuclear fission, efficiency, renewables, improvements in the electricity grid, and more.

“I’m optimistic that science and technology can point the way to big breakthroughs in clean energy and help us meet the world’s growing needs. In this area, like so many, there are no quick fixes, which makes it even more urgent to start work now.”