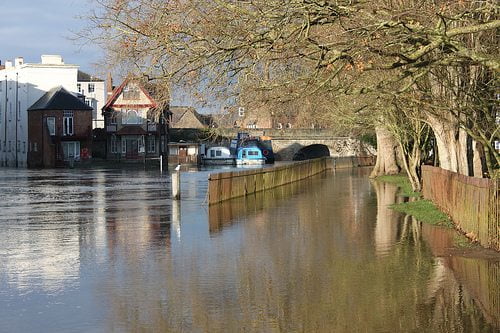 A large proportion of UK adults (75%) think more needs to be done to tackle climate change, and have had their opinion changed by the events of last year, according to a new study from Triodos Bank.

Three months on from some of the worst UK floods in a generation – which experts agree were at least partially caused by unprecedented weather patterns – the  study shows that nearly two fifths (37%) see climate change as a threat to them and their family. Only a quarter (24 per cent) don’t think climate change is a threat, while 28 per cent are unsure.

Asked whether events in 2015 such as the Volkswagen emissions scandal, the UK floods and the historic COP21 agreement had changed their attitude to sustainability, 45 per cent of people said no – claiming there were more important issues.

While just over a half (55 per cent) said such events had changed their outlook, the high number of people still disconnected with environmental issues is surprising, especially given the scientific consensus around December’s floods, which cost the UK economy an estimated £5billion.

Only a quarter of people made a connection between the impact of what people save and invest in  and climate change. Asked whether they thought the money people save or invest has an impact on climate change and the environment, 25 per cent said no, while 24 cent said it could. A further 52 per cent of people were undecided on the issue.

Huw Davies, head of personal banking at Triodos, said: “Three months ago we saw some of the worst floods in this country’s history. Meanwhile the Arctic experienced its warmest winter on record, with temperatures reaching 16C above seasonal averages.

“While there is clearly a divide of opinion over the severity of climate change, there is a growing awareness for the subject. Our research tells us most people would like more to be done on the issue and that attitudes are changing – and fast. What many don’t realise is that how they save and invest is actually one of the most powerful ways they can make a difference.

”By demanding transparency from banks and financial institutions about where money is being invested, and by choosing ethical funds over non-ethical, consumers can do their bit to secure the future of the planet.”