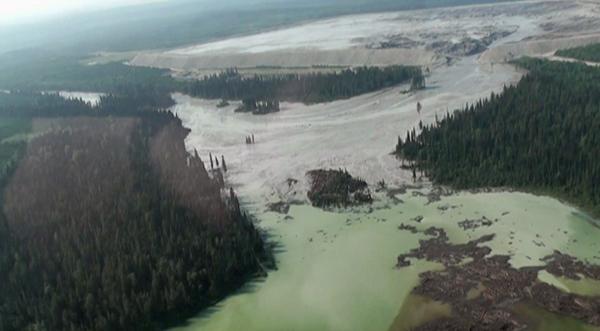 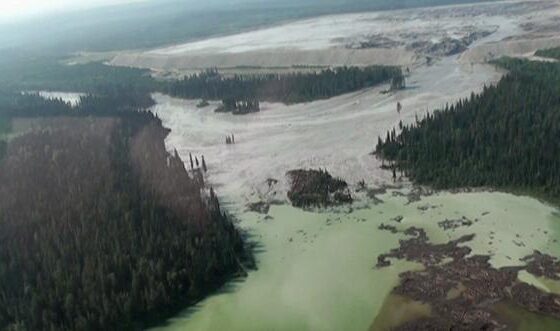 Citizens of British Columbia awoke to the thunderous noise of over a billion gallons of mining waste water cascading through Hazeltine Creek earlier this week, polluting the state’s fresh water supply.

According to officials, the open-pit Mount Polley copper and gold mine may have suffered a breach in a tailings pond, which released the mine’s huge reservoir of waste water into numerous water supplies and fisheries. No official reason for the disaster has yet been given.

Authorities have issued a water ban, which has currently affected 300 people. The area surrounding the mine is sparsely populated, but fears are mounting that the intricate river systems will carry the mining waste further into more densely populated areas.

The mining waste may contain chemicals and debris such as arsenic, mercury, sulphur and uprooted trees and rocks.

Al Richmond, chairman of the Cariboo Regional District, told to the Vancouver Sun, “What we know so far is that debris from the tailings pond backed up a little into Polley Lake, which absorbed some of the flow, but the majority of it went down into the Hazeltine Creek.

Imperial Metals, who own Mount Polley mine, has accepted full responsibility for the disaster. President Brian Kynoch, in a news conference earlier this week, said, “I apologise for what happened.

“If you asked me two weeks ago if this could have happened, I would have said it couldn’t.”

The company is yet to confirm why the disaster was caused, and has suspended mining activities while it is conducting a full investigation.

“There’s almost everything in it but at low levels…. No mercury, very low arsenic and very low other metals.”

According to Canada’s Ministry of Environment, the mine has been repeatedly warned about tailing pond levels prior to the breach this week, with five warnings alone in May.