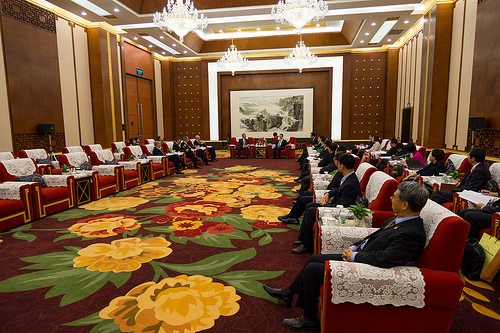 China to make energy efficiency a ‘pillar’ of its economy

The Chinese state council announced plans last Sunday that will see energy efficiency placed at the heart of economic activities by 2015.

Although it is the world’s most densely populated nation, and therefore the biggest global polluter of harmful carbon dioxide, China’s state council has committed to tackling climate change by implementing energy efficiency policies that will see positive steps to reduce its risks.

The Chinese cabinet expects the environmental protection industry to grow by 15% year-on-year, to a value of 4.5 trillion Yuan (£474m).

Figures from the Nation Resource Defence Council (NRDC) suggest that China burns more coal than the rest of the planet combined. Alvin Lin, NRDC’s China climate change advisor warned of the implications of such mass usage.

“The impacts of coal mining and consumption on China’s environment, public health and the economy are already astronomical”, writes Lin, “China’s leaders are paying close attention to coal and have sought now seek to reduce coal consumption and pollution by introducing a suite of policy measures”.

Measures, according to Lin, include carbon trading, capping energy consumption, resource taxes, new emissions controls and regional coal consumption caps. He criticises the government however, for not doing enough, saying that targets are non-binding and that there are no penalties in place for non-compliance.

The announcement comes amid China’s attempts to bring its excessive carbon emissions under control, with authorities even suggesting they could sentence polluters to death in extreme cases.

Despite being the most densely populated country on the planet, Chinese authorities are considering lifting the country’s one child policy, which was introduced in 1971 to tackle mass population, due to the ageing crisis that is on the horizon.