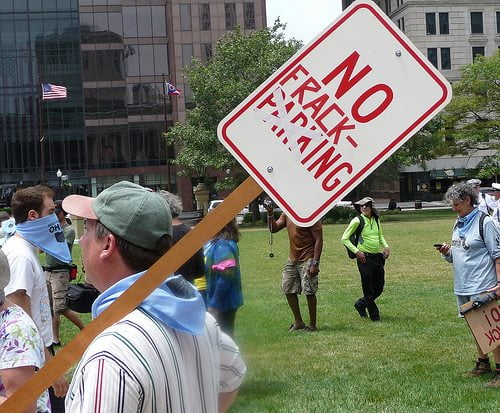 Church of England calls for balance in fracking debate

The Church of England has said that the environmental risks of shale gas extraction should not overshadow the benefits of cheaper fuel.

Philip Fletcher, chair of the church’s group on mission and public affairs said in a statement, “Fuel poverty is an increasingly urgent issue for many in society – the impact on energy bills is felt most by the least well off. Blanket opposition to further exploration for new sources of fuel fails to take into account those who suffer most when resources are scarce.”

He added that risks exist and should be seriously considered in order to minimise potential adverse effects. “We do not want cowboys and cavaliers digging up the land in a free for all exploitation”, he said.

Fletcher cited the example of Furzey Island oil well, where the extraction operations did not cause significant damage to the environment.

“Clearly all carbon based fuels contribute to global warming and are less than ideal in terms of climate change”, he continued.

“However, it should also be recognised that gas is less damaging than coal and to preclude properly managed technical development is to risk denying ourselves more important, less polluting and less costly options than the energy sources on which we currently rely”.

He concluded that the emphasis should be put on the creation of jobs, energy self-sufficiency and the development of less polluting technology to address the fracking debate.

Fletcher’s words completely contrast with the sentiments of the Church of England Diocese of Blackburn, which said on Wednesday that fracking poses a number of risks to “God’s glorious creation”.

On Monday, activists managed to shut down the Staffordshire headquarters of facking firm Cuadrilla. This follows its exploratory drilling at a site in Sussex.