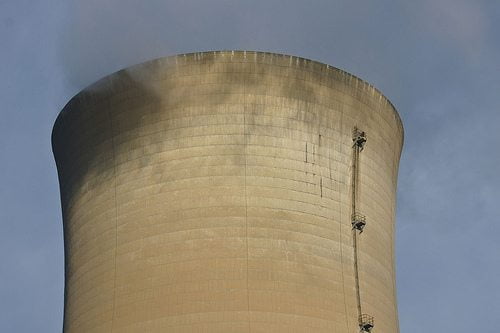 Four leading climate scientists have said that the world will have to rely on nuclear power, as well as renewable energy sources, in the fight against climate change.

In an open letter, James Hansen, formerly of NASA, Ken Caldeira of the Carnegie Institution, Kerry Emanuel of the Massachusetts Institute of Technology and Tom Wigley from the University of Adelaide say that the combined contributions of renewable sources will not be enough to meet energy demand while decarbonising the global economy in the coming decades.

“Those energy sources cannot scale up fast enough”, they say.

“With the planet warming and carbon dioxide emissions rising faster than ever, we cannot afford to turn away from any technology.”

Their letter argues, “The time has come for those who take the threat of global warming seriously to embrace the development and deployment of safer nuclear power systems.”

The scientists say they recognise that there are risks to nuclear power, but say they are of far smaller magnitude than the risk posed by extreme climate change.

However, Dr Daniel Kammen, co-director of the Berkeley Institute of the Environment at the University of California, has warned that there are still a number of difficulties that nuclear power must answer before it can be deemed as a solution.

“Today, nuclear power plants can cost as much as $10 billion for a 1500 megawatt (MW) plant and take a decade to construct. Neither needs to be the case, but at present both are part of the data of plants that are and have been built”, he told Climate News Network.

“The climate crisis demands significant low-carbon deployment today, and it is not clear if nuclear can meet that immediate challenge.”

In October, the British government announced the construction of the country’s first new nuclear power station in 25 years. The plant, based at Hinkley Point in Somerset, will be operational from 2023.

It is claimed that the plant will “reduce UK’s emissions by 9m tonnes of CO2 per year”.