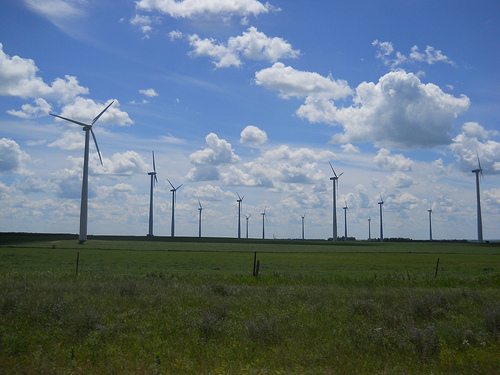 The Co-operative Bank has insisted that it has not completely closed the door to renewable energy projects – despite being forced to freeze lending to the sector because of the shortfall in its balance sheet.

The bank revealed a rescue plan in June that it said would help plug the £1.5 billion hole, which included floating on the stock market for the first time in its history.

This followed the collapse of a deal that would have seen the Co-op take over 632 Lloyds branches, with its market share increasing from 1% to 7%.

In a statement about its stalled lending to renewables, the bank said it “has been an enthusiastic supporter of renewable energy projects for many years, including many important community schemes”.

It added, “We have recently put new corporate lending on hold for the time being, whilst we finalise the new medium-term business plan for the bank which will set our focus on remaining a core relationship bank serving retail and SME [small and medium sized enterprise] customers.”

The Times reported on Monday that the Co-op had “left renewable energy developers in the lurch after freezing a £1 billion funding pledge”, but in a statement, the bank insisted that it will continue to “honour all existing commitments”.

Speaking to Blue & Green Tomorrow, a spokesperson said, “We haven’t pulled the plug on renewables. Due to problems surrounding our capital, the decision was taken back in May to temporarily suspend corporate investment until we found ourselves in a better position to do as such.”

The Co-op reported financial losses in April which it described as “challenging”.