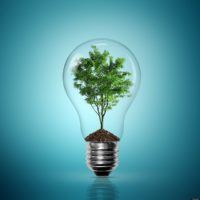 This morning at the National Convention Centre community members gathered at the highly anticipated COAG Energy Council meeting, calling on state and federal ministers to stand up to fossil fuel bullies and grow renewables.

“Communities are ready to defend renewable energy and will stand by ministers who are being bullied by fossil fuel interests,” said Leigh Ewbank, Friends of the Earth’s renewable energy spokesperson.

Organising group, Friends of the Earth, said the attack on renewable energy from fossil fuel interests has been a deliberate attempt to influence the COAG agenda. Over 100 stories with a negative assessment of renewable energy have been published in recent weeks.

“The fossil fuel lobby has attempted to damage the reputation of renewables and unduly influence state and federal ministers with their usual agenda in the lead up to the COAG Energy Council meeting,” said Ewbank.

The fossil fuel lobby will do anything to stop Australia’s transition to 100 percent renewables – by doing so they put vested interest ahead of the national interest.

Claire O’Rourke, National Director, Solar Citizens said: “what’s required through the COAG Energy Council is a fundamental rewrite of our energy laws in order to facilitate the orderly transition to 100% renewable power.

“Consumers and business will be the ultimate winners from an energy system that’s safe, clean, reliable and affordable and that’s what Ministers must focus their attention on. This is what renewables can deliver in South Australia and across the nation, but only if we rewrite the rules that are holding back orderly transition,” said O’Rourke.

“Farmers and Traditional Owners around the country are seeking protection for land and water from invasive gasfields. The country’s most iconic landscapes, its precious water resources and productive farming regions are at risk. That’s what needs to be on the agenda for State and Territory Governments. Securing Australia’s future means making sure it’s not sold to the highest-bidding company for a damaging unconventional gas industry nobody wants or needs,” said Daniel Robins from Lock The Gate.

A coordinated campaign from fossil fuel lobbyists and boosters in the media has blamed renewable energy for recent power price spikes in South Australia, our proud national leader in renewable energy.

Research published since the price spike shows it was the result of energy companies gaming the market and using expensive and unreliable gas for power generation.

This week, a report was published outing the fact that the “Big Three” electricity retailers in Australia, AGL Energy, EnergyAustralia, and Origin Energy, are charging two to three times more to sell electricity in four Australian states than the ACT’s regulated retailer.

“State and federal ministers can strengthen Australia’s energy system by adopting a plan to grow renewables and rollout energy storage. This step will reduce the country’s reliance on expensive and unreliable gas.”

As an immediate outcome of COAG, Friends of the Earth says the minister Josh Frydenberg can demonstrate support for renewables by endorsing state and territory leadership.

“The Turnbull government can prove its renewable energy credentials by endorsing the initiatives of South Australia, Victoria, and the ACT – jurisdictions with their own renewable energy targets,” said Ewbank.