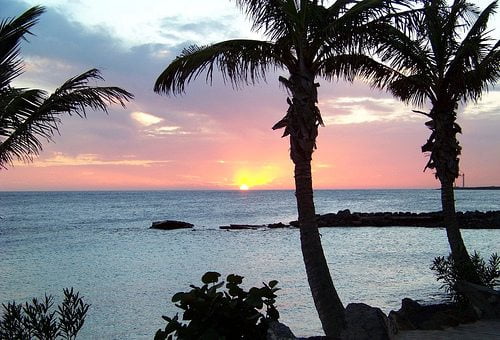 Conservationists call for Canary Islands to be protected from oil drilling

The World Wide Fund for Nature (WWF) in Spain has called for the government to create a sanctuary for whales and dolphins and to stop oil exploration in the Canary Islands.

The Spanish oil and gas company Repsol was given approval by the Spanish government in March 2012, meaning they may start exploratory drilling in October near the beaches of Lanzarote and Fuerteventura.

However, conservationists and campaign groups have raised growing concerns over the effects searching for oil could have on the region.

The WWF campaign says the oil research project could have serious consequences to marine life due to pollution and high levels of noise. It also notes that oil drilling could damage the tourism sector.

Juan Carlos del Olmo, secretary general of WWF Spain said, “With this campaign, WWF wants the government to create a sanctuary to protect the main cetacean population across Europe, a large enough place to ensure its viability, and free from threats such as oil.”

An online petition, signed by 208,744 people and organisations such as Greenpeace, WWF, Friends of the Earth, says the Spanish government should focus their efforts on renewable energy generation and move away from dirty fossil fuels.

The petition says, “Reduction of the effects of climate change is a responsibility of all Earth’ inhabitants, therefore it is absolutely essential that we reduce the use of fossil fuel and substitute it for renewable energy. The Canaries have the perfect climatic conditions to achieve this important goal.”

There are worries drilling will increase chances of a ‘black tide’, an oil spill which could not only have serious environmental impacts but would also effect locals as they get drinking water from the sea.

The area has 19,000 species of flora and fauna and the waters are home to nearly a third of the world’s cetacean species such as whales, dolphins and porpoises.

The drilling zone is reported to be 10km from the beaches of Fuerteventura and 18km from Lanzarote, both of which are UNESCO biosphere reserves.

However, the Spanish Minister of Industry, José Manuel Soria, supports the project and says it would bring employment to the region. He says it is necessary and told a business forum, “Just knowing whether these reserves are available is a strength for the Spanish economy.”

The Canary Islands receive 12 million visitors every year but the Islands have high levels of unemployment.

138,000 species under threat as Obama approves gas and oil exploration

Sustainable wildlife tourism is a positive force for conservation and economies, says expert