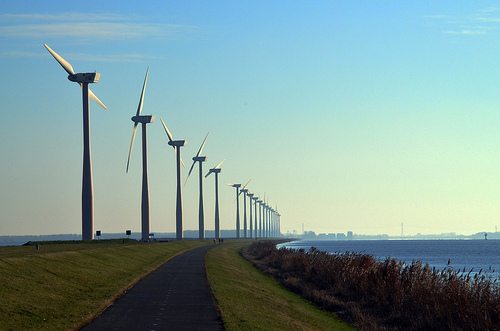 A third of global investment into clean energy took place in Europe in 2012, according to Dutch bank Rabobank. But the shockwaves of the financial crisis that remain mean new financing solutions are required.

In its latest quarterly report, the sustainable food and agriculture specialist said banks must co-operate fully with institutional investors in order to overcome the difficult investment climate in renewables.

It said there firstly needs to be a sufficient amount of attractive projects on the market, but that once this is achieved, it’s up to banks and investors to work together to sustain current levels of financing.

Justin Sherrard, a Rabobank analyst, said, “Renewable energy investments last year totalled $260 billion, but regardless of the high total of global investments, the financing climate for renewable energy has changed, particularly in the EU.

“Across the region, it has become harder for renewable energy projects to obtain the long-term funding they require. Investors demand a higher risk premium to compensate for dealing with government support policies that are under increased scrutiny.

“In addition, new capital requirements under Basel III require banks to increase their capital buffers, reducing the incentive to lend money for long periods of time.”

Under the Basel III guidelines, banks are obliged to meet certain capital requirements. The measures were introduced to prevent another financial crisis.

Rabobank, which recently revealed its intention to refuse loans to firms working in the shale gas and tar sands industries, added that Europe’s share of global clean energy investment was 45% in 2007 – before the crisis. In 2012, it accounted for 33%.

This gap has been filled by China, where 27% of global investment in renewables now takes place. Nations in Asia, the Middle East and Africa are increasing their shares at the fastest rates.

Rabobank said China, which is the largest emitter of harmful greenhouse gas carbon dioxide on the planet, generates more energy from wind than it does from nuclear power.

But if banks co-operate efficiently with investors, and come up with new ways of financing projects – including community finance and bonds – the Dutch bank said EU renewables will start to see a recovery.

Sherrard added, “With more creativity on financing, the renewable energy industry will make itself more resilient and better able to rise to the challenges of funding the [decarbonisation] of the world’s energy system.”