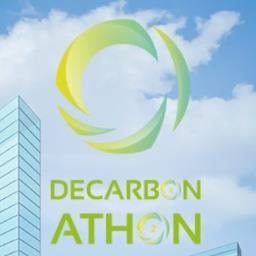 Four technology-based innovative projects have been declared winners of the Decarbonathon, a competition created via a Young Global Leaders initiative of the World Economic Forum to find the most promising solutions aimed at reducing CO2 emissions in cities, and that can be activated directly and easily by citizens. The competition was supported by ENGIE, the Centre for Carbon Measurement from the British National Physical Laboratory, Climate-KIC and the National Institute of Industrial Property (INPI) in France.

An air booster that reduces the energy consumption of electric vehicles by improving the energy efficiency of air conditioning systems; having no effect on the passenger’s comfort.

A mobile app to share daily rides as easily and fast as possible, combining public and private transport means.

A mechanical system producing distributed energy by harvesting energy from cars on tolls or roadways where vehicles need to reduce their speed.

A gamification and collaborative platform to mutualize different objects and tools (occasionally used on an individual basis) to avoid over consumption.

TEBS (Traffic Energy Bar System) has also been rewarded by the public through a special prize. For the record, out of the 175 teams who responded to the call for projects, and following a screening involving close to 100 internationals low carbon economy experts, 16 finalists were chosen and announced during COP21 innovation night, on  4 December 2015.

These teams were then further mentored to mature their ideas and they competed in a two days ‘hackathon’ in Paris, which ended on 15th January in short presentations in front of an international jury in Paris. The projects have been then evaluated on criteria such as the CO2 impact, feasibility, potential acceptance by the citizens or the quality of the project presentation to pick the 4 winners.

Gérard Mestrallet, Chairman and CEO of ENGIE, said: “I want to thank all the participants of this hackathon for their involvement and the quality of the work they provided during the four months of competition. With our partners, we are very proud and honoured to support the development of all these new ideas to fight global warning; it is the beginning of a challenging story together with the winning teams.”

Now that the competition is over, the winners will benefit from publicity around their project and direct contact with potential investors. They will also be eligible for further mentoring and an acceleration programme with the partners to help get their project to market more quickly, in addition to over 20,000 Euros worth of prizes including electric bikes and eco-friendly trips.