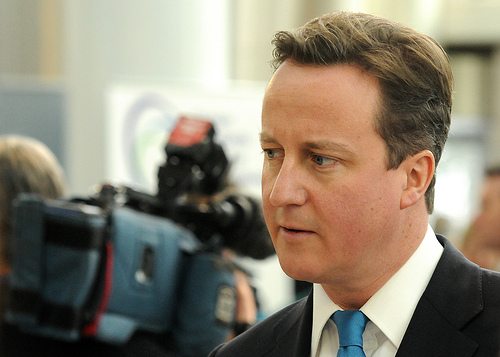 Downing Street has said that it does not recognise the comments allegedly made by Prime Minister David Cameron when he told aides to “get rid of all the green crap” from energy bills.

Referring to the so called ‘green levies’ on energy bills, an unnamed senior Tory said, “The Prime Minister is going round Number 10 saying ‘We have got to get rid of all this green crap’. He is totally focussed on it,” according to reports from The Sun.

However, in a vague denial a Downing Street spokesman has said, “we do not recognise this phrase that they are using on their front page.”

Regardless, the alleged comments have been condemned by environmentalists. Friends of the Earth’s policy and campaigns director Craig Bennett said, “It would come as little surprise if David Cameron did tell aides to ditch the “green crap” – his Government has been attacking environmental policies for years.

“If the Prime Minister wants to stop the drift back towards the toxic Tory party of the past he must take urgent and decisive action to rebuild his eco-credentials.

Dr Nina Skorupska, chief executive of the Renewable Energy Association, warned that such reports were only adding to the investor uncertainty that threatens the cleantech industry.

“This has gone too far,” she said.

If true, Cameron’s message is at odds with his comments made only last week in Sri Lanka.

“I think we should think about climate change like that. […] Even if you’re less certain than the scientists it makes sense to act both in terms of trying to prevent and mitigate.”

However, speaking during prime minister’s questions in October, Cameron said he wanted to review whether cutting environmental regulations could reduce rising household bills.

The move has attracted criticism from many, including business leaders, some energy suppliers and the Liberal Democrats.

On Friday, Sir Robert Smith, chairman of the energy and climate change committee and a Lib Dem MP, warned that such a move could even cause energy bills to rise even further.

The Conservatives had told voters to “vote blue, go green” before the last general election. Later, Cameron pledged to lead “the greenest government ever,” though earlier this week, a report by a number of NGOs said that the coalition has ultimately failed the environment.