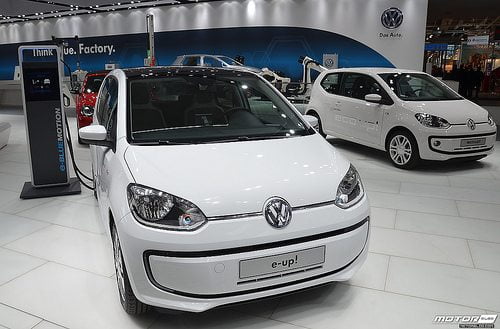 Green energy company Ecotricity and car manufacturer Volkswagen are joining forces to offer 100% green electricity to all owners of an electric vehicle (EV) from the Volkswagen and Audi ranges.

One of the main criticisms of EV use is that the cars often depend on electricity generated by conventional means. In the UK, gas and coal-fired power plants still account for the majority of the electricity supply.

However, under the new deal, any customer purchasing an electric vehicle from one of the Volkswagen Group’s brands will be offered, at point of sale, the option to adopt Ecotricity’s 100% green tariff for their home and vehicle power supplies.

Ecotricity founder Dale Vince said, “Running a car on green electricity from the wind and the sun is the last piece of the jigsaw; it’s the ultimate in green motoring.

The Volkswagen Group’s chairman, Martin Winterkorn, recently announced that the company has its sight set on market leadership in EVs by 2018. Volkswagen will launch its first electric car, the e-up!, in the UK next month with the first deliveries scheduled in January 2014.

Research published in July predicts that sales of EVs will rise by more than 200% by the end of the decade.

However, a study published in April by the Norwegian University of Science and Technology argued that the future of EVs depends upon decarbonising energy generation.

Guillaume Majeau-Bettez, co-author of the report, said “The electric car has great potential for improvement, but ultimately what will make it a success or failure from an environmental standpoint is how much we can clean up our electricity grid.”