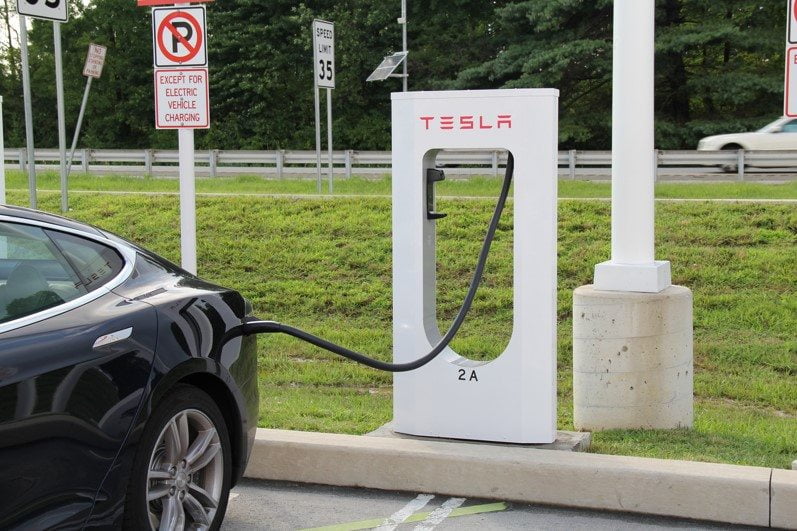 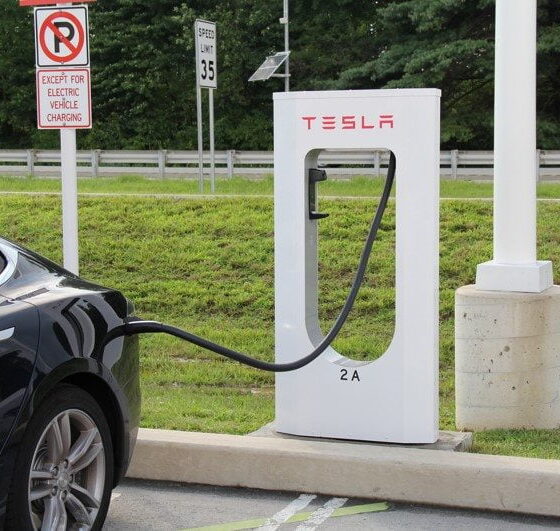 Nick Anderson & Hamish Chamberlayne, portfolio managers for Henderson’s Global SRI strategy, discuss ‘electrification’ and why it could be one of the most powerful disruptors for the autos market and for energy storage companies.

Whether the established car companies want to accept it or not, the recent scandal surrounding Volkswagen may only just be the beginning of an increased regulatory burden for emissions-producing vehicles. Climate change has the potential to be one of the most defining investment issues of our times: currently transport contributes to 23% of global greenhouse gas emissions, making it a significant target for government curbs. This risk presents an opportunity for companies at the forefront of pioneering new energy technologies.

Driving a change in leadership within autos

We believe that ‘electrification’ will become the most powerful disruptor in the autos market. The advances in lithium-ion (Li-ion) battery technology mean that fully electric vehicles are becoming a more viable option for the average consumer in terms of cost, range (distance per charge), and driving experience (eg, low noise, zero emissions, greater internal space), such that they could threaten the dominance of combustion engines and traditional auto manufacturers within the next 10 years.

We think the most exciting entrant into the market is California-headquartered Tesla Motors, incorporated in 2003 with the primary goal of accelerating the adoption of sustainable transport by commercialising electric vehicles – initially for the luxury segment but with ambitious expansion plans for the mass market. Electric cars are on a declining cost curve, as battery technology becomes cheaper, whereas traditional cars are on a rising cost curve as environmental legislation and emissions regulations become tighter. Crucially, Tesla’s battery costs are expected to decline by up to 60% over the next five years.

Tesla and Panasonic: a powerful partnership

Tesla is planning to increase its vehicle production to a staggering 500,000 cars per year by 2020. In order to secure sufficient battery supplies, it is partnering with Japanese electronics giant Panasonic in building a ‘gigafactory’, which will double global Li-ion battery manufacturing capacity. Due to begin commercial production in 2016, the Nevada facility will be powered by renewable energy, allowing it to be a ‘net zero energy’ factory. The completion of the gigafactory, together with Tesla’s expansion plans into energy storage solutions for utility providers (electric grids) and the home market, is a significant source of upside for both Tesla and Panasonic, both of which we hold in our global portfolios.

The economics of using batteries for energy storage is becoming even more compelling as the world transitions to a lower carbon economy. One of the key hurdles in the past has been the cost of storage solutions, but advancements in Li-ion chemistry and increased manufacturing capacity, which yields economies of scale, are continuing to drive down prices.

The main buyers of Tesla’s rechargeable ‘Powerpacks’ are expected to be large industrial customers. Utilities are a key market because storage solutions enable the more efficient use of energy already generated; they are better at meeting customer demand at peak times and do not waste generated energy at times of lower demand.

What makes Tesla’s Li-ion batteries really attractive for industry is that they are compact – for example, they fit into existing substations without necessitating additional land purchases – and they are very quick and easy to install. They also partner perfectly with renewable energy technologies – as they help smooth the peaks and troughs associated with variable output from solar and wind farms. Considering all of these benefits, it is perhaps not surprising that Tesla’s CEO, Elon Musk, has said that half of the world’s power plants could potentially be shut down by effective stationary storage.

At present Tesla sits within our Sustainable Transport theme, but given the possible growth in demand for its energy storage solutions, there could well be a case for it moving to the Cleaner Energy theme as time progresses. Regulatory and technological risks associated with climate change are already beginning to impact capital market returns, and we think this will continue – as shown in the chart below by the rising share price of firms developing new technologies such as Tesla, and the falling prices of carbon producers, such as US coal company Peabody Energy.

Source: Henderson Global Investors, Datastream, data as at 30 September 2015. Past performance is not a guide to future performance. References made to individual securities do not constitute or form part of any offer or solicitation to issue, sell, subscribe or purchase the security.

Important Information: Please read all scheme documents before investing. Before entering into an investment agreement in respect of an investment referred to in this document, you should consult your own professional and/or investment adviser.

Past performance is not a guide to future performance. The value of an investment and the income from it can fall as well as rise and you may not get back the amount originally invested. Tax assumptions and reliefs depend upon an investor’s particular circumstances and may change if those circumstances or the law change.

If you invest through a third party provider you are advised to consult them directly as charges, performance and terms and conditions may differ materially.

Any investment application will be made solely on the basis of the information contained in the Prospectus (including all relevant covering documents), which will contain investment restrictions. This document is intended as a summary only and potential investors must read the prospectus, and where relevant, the key investor information document before investing.