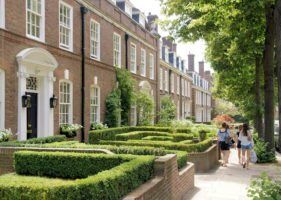 End to End Clean Energy: The Future of House Building and Development

Smart Phones, Smart TV’s and now Smart Homes?  In the last 12 months we’ve witnessed the introduction of impressive tech like thermostats that adapt to your schedule and can be controlled from your phone, Kettles that you can boil from anywhere in the world and smart locks that allow you to set temporary PIN’s for family and friends to access your house without an actual key. But with the latest news that Tesla is acquiring sister company Solar City, we are potentially witnessing the future of house building and development as we know it.

With the acquisition described as, ‘blindingly obvious’ by Tesla CEO Elon Musk, the vision is for an all in one ‘end-to-end clean energy product’ with home owners  harnessing the power of the sun via Solar City Solar Panels with any excess going  straight into Tesla’s ‘Powerwall’ to provide power on demand at a later date. Add a Tesla car into the mix (and subject to weather conditions) and there is a very realistic chance that you could find yourself never in need of energy suppliers again.  It is this sense of freedom that Musk wants to tap in to. The freedom from ‘evil’ energy companies and the pleasant thought that every appliance in your house is provided courtesy of the big burning ball in the sky that we call the sun.

Following the recent announcement, SolarCity’s shares have soared.  Up 15% from $26.50 per share to $28.50, it seems that investors are as confident in the merger as Musk himself. After all, the thought of an “end-to-end clean energy product” is a very appealing prospect in the age of climate change, depleting oil reserves and political oil embargoes.

A growing trend – The competition is hotting up

Tesla and SolarCity aren’t the only ones building batteries and smarter energy solutions to power the homes of the future. Startup Company Orison recently launched a Kickstarter campaign promoting a smaller, lighter version of their home battery. Weighing just 40lbs, these batteries can be installed easily by anyone – just plug them into any electrical socket in your home. To get your hands on one though, you would have to contribute $1,600 to the Kickstarter campaign as they are not officially out yet.

To run through the specs, the battery is capable of storing around 2.2KwH of power, which could run your TV for around 5 hours. Additional devices can be purchased for $1,100 and there are a range of options to choose from to complement your home, including free-standing and wall-mounted options. The batteries are expected to ship this summer.

Simple smart tech for the future

The merger between Tesla and SolarCity is great news for future home buyers. The added technology and energy efficiency will not only reduce energy bills but also the effects of climate change on the environment. With Property Experts the openpropertygroup.com predicting no let-up in property price rises, then having a house equipped with the latest technology and energy saving gadgets will at least result in savings in the long term.

A new age of house building and development awaits us.