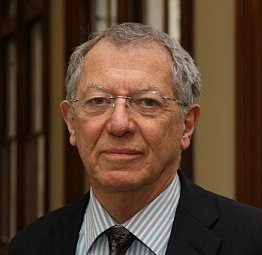 The Energy Institute (EI) have announced that the winner of The Melchett Award 2016 is Sir David King HonFEI, Foreign Secretary’s Special Representative for Climate Change. The EI Melchett Award is named after one of the first EI Presidents, The Rt Hon Sir Alfred Mond, later to become Lord Melchett and Chairman of ICI. The Melchett Award is presented to those who have made a significant contribution to the energy industry.

Sir David King has been bestowed the honour of The Melchett Award which is awarded to individuals for outstanding work, whether in research, administration, construction or other professional activity, involving the scientific preparation or use of energy.

Louise Kingham OBE FEI, Chief Executive at EI, said: “We are proud to distinguish Sir David King with the EI’s most prominent accolade. He is an eminent figure in the global energy sector, and has been a positive catalyst for research and development in energy, particular in the pursuit of lower carbon technologies.

“With his scientific background, he brings credibility and authority to policy matters along with a passion for a more sustainable environment.”

Sir David King is a physical chemist who worked at the University of Cambridge in surface science and catalysis. He was appointed as the Foreign Secretary’s full-time Special Representative for Climate Change in September 2013, having previously served the Government as Chief Scientific Adviser between 2000 and 2007.

Other positions he’s held include: Chair of Future Cities Catapult, Chancellor of the University of Liverpool, Founding Director of the Smith School of Enterprise and the Environment at Oxford University, Senior Scientific Adviser to UBS, and Adviser to President Kagame of Rwanda.

Sir David King has published over 500 papers on surface science and heterogeneous catalysis, and on science and policy.

He said: “This is a remarkable and timely award which I am accepting on behalf of all the people I have been working with around the world over the past 16 years to help achieve the Paris Agreement to manage the risks of climate change.

“There, all nations agreed to decarbonise the global economy over the coming few decades, setting us on an exhilarating path towards a fairer, more inclusive, healthier and culturally engaging future.

“Science, technology and innovation will play a key role in bringing a diverse array of clean energy technologies into the marketplace.”

Sir David will receive the award at an event in London, where he will address EI members on the subject of COP21 and the post-Paris energy transition. To register your attendance at the event please visit energyinst.org.