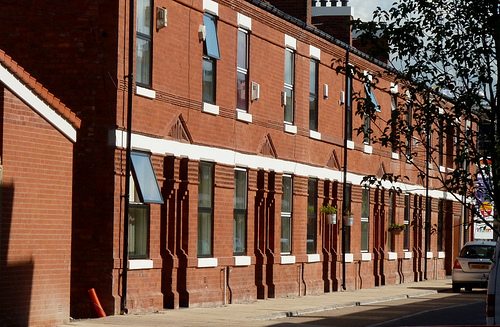 We need honesty, not short-term headline grabbing, from politicians about the real reason energy bills are going ever upwards, argues Richard Griffiths of Parity Projects.

For a long time, people like me have yearned for the day that energy bills would become a talking point in people’s homes and in the national press. The idea being that if they stop being something that people just pay automatically, and instead become something that people stop and think about, we might finally see people taking steps to reduce them.

Towards the end of last year, our wish came true. Energy bills were suddenly and consistently headline news. Unfortunately, the surge in interest didn’t quite pan out how I might have hoped.

It all started with Ed Miliband’s promise to freeze energy pricesas a means of reigning in the excesses of greedy energy companies. Under pressure to respond with measures of his own, David Cameron then promised to cut so-called ‘green taxes’, suggesting that it was, in fact, these charges that were pushing people into a choice between eating and heating.

The debate raged on, and eventually the prime minister followed through with his promise and set in motion changes to the Energy Company Obligation (and various other schemes) designed to shave £50 off the average UK bill.

Now, to me, the idea of cutting energy efficiency programmes as a means of reducing people’s bills is absurd. But putting that to one side for a moment, perhaps the real crime here is actually the failure of either party to engage with the public on the real causes of high energy bills in the UK.

That failure means that a few weeks later, we find ourselves back to the status quo. The newspaper editors have been sated and the public will, in due course, see a small and temporary downward pressure on their bills. But the root cause lurks in the shadows, waiting to rear its head again.

Many, like Mr Miliband blame energy companies. True enough, they make some pretty hefty profits, and engage in some pretty unsavoury behaviour from time to time, but – as they like to point out – their margins aren’t huge (though they are bigger than they’d like us to believe). In fact, the unit prices we pay for energy in the UK compare very favourably to the rest of Europe.

Then there are environmental and social levies (the more accurate name for green taxes). These charges, many of which are actually designed to reduce bills in the long-term, or diversify our energy supply, actually make up a relatively small proportion of the average bill, at around 7% of the total.

So maybe we all can put the screws on energy companies, regulating them to make pricing more transparent, and helping people to switch to the cheapest provider. And we can do as the coalition have done, and fiddle with the policies that add a few percentage points to our bills. But all we’re doing is rearranging the proverbial deckchairs.

In the UK, the main driver of our high bills is our old and leaky housing stock. Years of low energy prices have led us to neglect the energy efficiency of our homes and, despite some steady improvements over recent years, our homes and the way we use them leave a lot to be desired.

According to the Energy Bill Revolution campaign, UK homes rank near the bottom of the league table for efficiency, and compare still less well when you consider how they perform compared to their potential. Every day in our work here at Parity Projects, we find opportunities for customers to save hundreds of pounds on their bills, more often than not for a very modest up-front investment. And these are things that will deliver savings year after year, unlike a short-term price freeze or a cut to the levies placed on bills.

What we needed last year was political honesty, rather than short-term headline grabbing. Ministers (and the opposition) are afraid to admit that energy prices are going to go up and up (and up), and more scared still to explain that it’s us that are largely to blame. It’s our unwillingness to spend an afternoon clearing and insulating the loft, or our desire to sit in the house in shorts and T-shirt even in the depths of winter, that is often leading us to gasp at the sight of our bills.

Sure, there are some that need help to make their homes warmer (which a stuttering green deal and cuts to ECO aren’t helping), but for most of us it is our failure to take responsibility that is the real problem.

If government can encourage a much more grown up conversation on energy bills, and give us all a share of the responsibility for taking action, then we’ll all be better off for it.