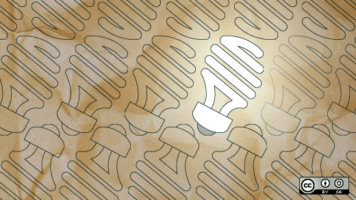 Humankind now uses a mind-boggling amount of energy. Currently, we use over 18 terawatts per year, powering our modern electrical needs and those needs are growing. This is such a large number it is mostly meaningless to the majority of us. Suffice it to say it’s the whole planet using all kinds of devices and appliances. Fortunately we are developing more sources of energy and smarter ways to deliver it.

The last year has shown great progress regarding renewable energy despite an uneven playing field in the industry. Solar and wind adoption, in particular, have grown substantially due their improved price per kilowatt hour and economic viability. And this phenomenon is not limited to the US. Many developing countries are leapfrogging old power grid development much like island nations skipped telephone lines and adopted cell phones.

Solar farms and rooftop solar are making access to electricity available where it was previously too expensive to deliver and that is modernizing the whole world. Previously, this concept would come with a giant warning sign about increases in pollution. But new energy is clean as well as transformational.

Although there is a great deal of enthusiasm for these renewable energy sources and rapidly improving delivery systems, an underappreciated aspect to supplying our future energy needs is the development smart grid and smart energy technologies.

We’re starting to see consumer applications of these technologies infiltrate our homes in the forms of smart appliances and devices designed to regulate home energy. The simple thermostat was the first phase of smart energy consumption, allowing a temperature to be set and the thermostat regulated the heater going on and off. Now there are plug-in devices that not only regulate how much heat or AC turns on, but they can determine when peak power prices are highest and store energy during off peak hours to be used at more cost effective times.

This not only saves consumers money, but reduces demand on the grid. And in some cases, particularly with solar adopters, customers can sell their excess electricity back to the grid for credit on their power bill, both lowering the power bill of the household and relieving stress on the grid.

And demand on the grid is becoming a larger and larger issue with so many devices requiring so much energy. However, new devices not only decrease energy demands when they are needed most but they have advanced the grid technology as well, communicating through smart grid to make energy delivery more efficient and effective. They do this by communicating via the internet with the utility company to understand when energy is most and least expensive or in highest demand.