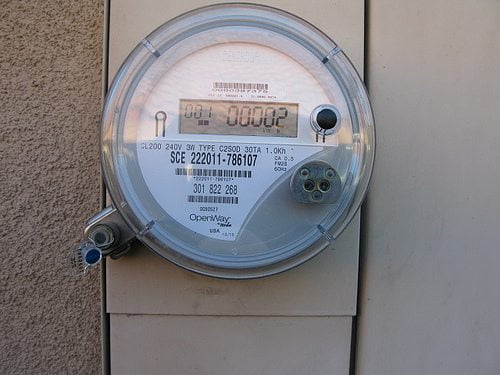 New measures to advise and protect customers who use smart meters have been launched on Thursday by the energy industry’s trade association.

Energy UK announced an installation code of practice and a data guide, in an effort to build customer confidence.

The code of practice dictates the minimum standards that suppliers must follow when installing smart meters. It insists that they offer customers energy efficiency advice. It also bans them from attempting any additional sales during the installation.

The data guide meanwhile aims to educate customers about their rights and choices when they get a smart meter installed.

Smart meters collect energy consumption information, allowing customers to learn more about their energy usage.They come with a display that tells users how much energy they are using at any given time, and how much it is costing them.

They can even show how much carbon is being used, and also transmit this information wirelessly to energy suppliers. Chris Welby of 100% renewable electricity supplier Good Energy wrote describing them as “the future of intelligent energy” in an article from April 2012.

Meanwhile, the data guide outlines what data energy suppliers will have access to, and how this information can be used.

The government intends for most households across the UK to have smart meters installed by 2020. However, it says that homeowners will not be legally required to have one.

The initiative has been criticised by consumer groups, with Which? among those calling for the government to review the process.

The campaign Stop Smart Meters! claims that the radiation and microwaves emitted by the wireless meters are unsafe.

However, the meters are covered by EU safety legislation, and the Health Protection Agency (HPA) says exposure to radio waves is not a sufficient excuse for refusing the rollout of smart meters.

It says, “The effects of exposure to radio waves have been researched in thousands of published scientific papers over several decades. Based on this body of work, HPA considers there is no clear evidence of harm from exposure within the internationally agreed guideline levels.”

The future of intelligent energy