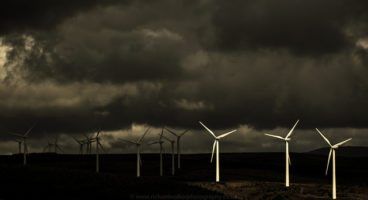 A report released by the renewable energy industry today contains new data that has revealed the extent of energy storage deployment and the industry’s potential future growth in the United Kingdom.

There are 35 standalone grid-connected projects operating as of August 2016, spanning technologies from lithium-ion batteries (such as those used in mobile phones or electric vehicles) to pumped hydro systems (where water is stored in a reservoir and released through turbines when electricity demand peaks).

At least 1,500 smaller, residential-scale projects are also recorded. The cumulative electricity storage capacity operating in the UK as of August 2016 is 3.23 GW. At least 453 MW of energy storage capacity has been announced as under construction or being commissioned, in addition to the 200 MW of “enhanced frequency response” storage that was contracted by the National Grid in September.

Analysts who work in association with the industry point to the 1.2 GW of extra capacity that bid into the “Enhanced Frequency Response” auction but did not win a contact as a clear indication that the storage industry has matured quickly and is ready to deliver. These extra projects will have demonstrated that they are ready to deploy and will have secured planning permission and grid connection capacity.

Anecdotal reports also indicate that there has now been double-digit GW worth of applications for storage to the distribution network, but this will not all be built out and may not have planning and grid permission. To unlock this potential market improvements to the policy framework are required, which the REA highlight in their report.

The Renewable Energy Association (REA)’s second edition of the report Energy Storage in the UK – An Overview is presently the authoritative database of energy storage projects in the UK. The REA’s energy storage sector group brings together over 100 companies operating in the UK’s energy storage supply chain.

Energy storage is widely recognised as a technology that will have a significant role in the UK’s future energy system, allowing for an increased role for renewables, more flexibility, and greater decentralisation.

Storage is already a reality for the UK and right now there’s an opportunity to cement us as a global centre for investment, deployment, and research.

“Storage is already a reality for the UK and right now there’s an opportunity to cement us as a global centre for investment, deployment, and research. Many technologies have advanced quickly and are now commercial, as such the storage industry is not seeking a direct subsidy.

Storage is a critical technology for the decentralisation of the UK’s energy system and will support long-term renewables deployment. Policy is the single greatest barrier to the industry’s growth and reform is needed.

We welcome the supportive comments made by Secretary of State Greg Clark at the Conservative Party Conference and look forward to seeing what actions he will take to support the industry’s growth.”

“Energy storage has great potential in the UK, and can unlock billions worth of savings according to the Government’s advisers. Our research indicates that there are multiple gigawatts of capacity that are being proposed or are ready to be developed, but a joined-up and supportive policy structure is critically needed.

We need more action to unlock the opportunities and the Government’s awaited Call for Evidence should address crucial issues such as a definition for energy storage in legislation or the grid codes. We are also seeking an end to double charging of grid fees and consistent treatment when connecting to the grid, changes we have been calling for since our first Energy Storage Overview report in 2015.”