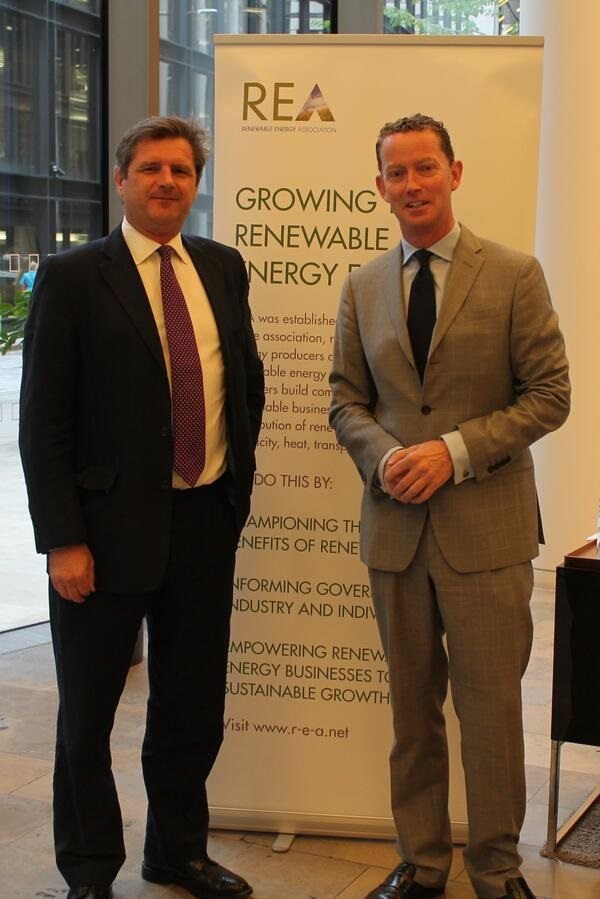 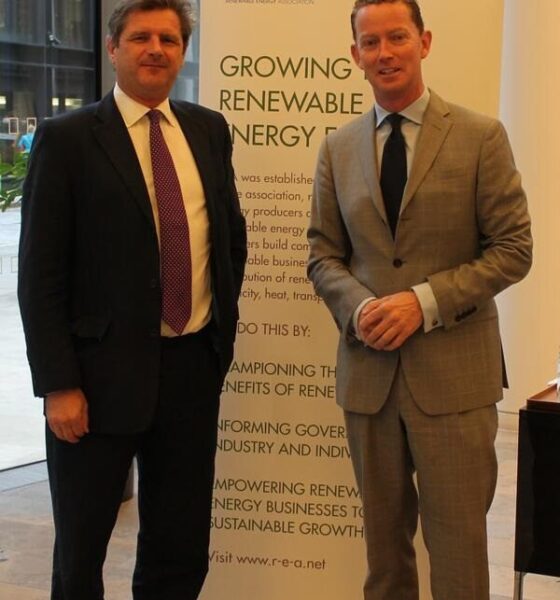 The government’s former energy and climate change minister has called for a “relentless and remorseless” push to drive down the costs of renewable energy technologies – in what proved to be one of his final public engagements in office.

Speaking in London last Thursday at a breakfast meeting organised by the Renewable Energy Association (REA), Greg Barker (pictured right) said this was “the only way [they’re] going to get to true scale”.

His appearance and comments came just five days before he resigned from his post during the latest cabinet reshuffle. He will also step down as an MP at the next election, with reports saying he will act as a green adviser to the prime minister in the meantime.

Nina Skorupska, the REA’s chief executive, said in a statement on Tuesday that Barker had brought “passion and enthusiasm” to the Department of Energy and Climate Change since his appointment in 2010. She described him as “a champion for green business“.

In a short address at the beginning of the REA event, Barker said innovation was the key to successfully driving down the costs involved.

“We’re working across industries, across technology, to drive a greater level of efficiency, of new thinking, of innovation and application, as well as innovation in the actual technology themselves”, he added.

The meeting was arranged by the REA to discuss its newly-launched Finance Forum. Unveiled in June, it aims to make it easier to connect investors and financiers with renewable energy companies, in order to speed up the transition to a low-carbon economy.

Both sides came together at the event to discuss what the finance industry needed from the government in order to deliver affordable renewable energy. They also talked about what the Finance Forum’s key areas of focus should be for the next 12-18 months.

Barker added, “In the drive to a low-carbon, clean energy economy, the Square Mile and the broader financial services industry have an absolutely critical role to play.

“Rather than being a traditional political question of having too much dependence on financial services, and whether we should be doing more old-fashioned manufacturing, actually in a globally-competitive 21st century economy, innovative financing, technological innovation and low-carbon innovation are three sides of the same coin.”

Reflecting on the event, REA head of renewable energy finance Rob McGrigor (pictured left) said, “It was extremely constructive to bring a representative selection of the investors who are fuelling the renewables revolution face to face with the minister.

“We very much hope to continue this dialogue between renewable energy financiers and the government with the new ministers who have taken office in this week’s reshuffle.”