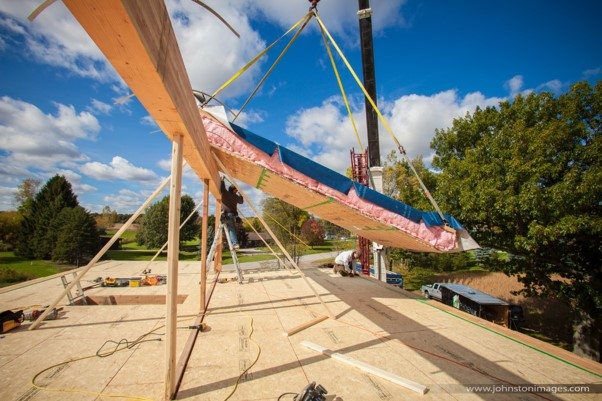 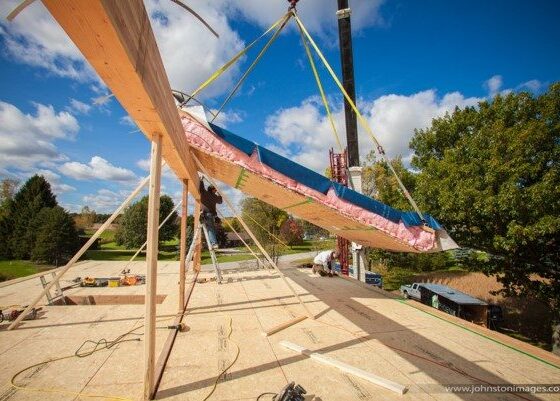 Passive building comprises a set of design principles used to attain a quantifiable and rigorous level of energy efficiency within a specific quantifiable comfort level. “Maximize your gain, minimize your losses” summarizes this approach. ‘Cech House’ in Michigan has been developed by Detroit-based Phoenix Haus.

This home was designed using Passive House principles – which require super insulation, airtightness, a balanced heat and moisture recovery system and solar gain orientation. This growing energy efficiency standard of building translates into a home that maintains a comfortable indoor temperature of 68 degrees 365 days a year, with minimal energy use. Furthermore, PHIUS (Passive House Institute U.S.) has improved and optimized the Passive House certification criteria. Requirements for project certification now rely on a climate specific annual energy use metric. “The heating and cooling criteria are determined from formulas based mainly on local climate factors including degree-days, outdoor design temperatures and design humidity, and annual solar radiation.”

In addition, PHIUS has developed adaptations to the passive building approach for 2015, while preserving the same high-level standard. First, they reconsidered airtightness requirements based on the avoidance of moisture and mold risk, from a limit of 0.6 ACH50 to 0.05 CFM50 and 0.08 CFM75 per square foot. This approach for the airtightness requirement, scale appropriately with building size when “before, a larger building that met the 0.6 ACH50 requirement could actually be up to 7 times more leaky in terms of air leakage per unit area than a small single family home that tested the same by volume air change rate”. The second adaptation for 2015 came in terms of source energy limits, which now encourage inventive and creative building designs that allow for costs to by off-set by cutting edge renewable systems, lowering total energy costs and allowing potential for Net Zero status.

Additionally, the home was built using the Phoenix Haus’ innovate component system. This process began with a 3D CAD model which allowed for the highest level of accuracy and interfaced seamlessly with a CNC wood cutting machine(s). CNC code files were created and the manufacturing process then began. Each step taken during this progression never left the side of the aggregate energy performance model, ensuring proper performance at the end of the design process. After the package of wood parts was precut and finalized, it arrived to the production facility. Wall and roof panels were assembled, pre-insulated and secured with a vapor diffusion system, thereby allowing moisture to escape but not enter back through the pre-built assemblies. The panels were then delivered to the job site, assembled and secured.

Because the home was built to the Passive House standard, energy bills will be reduced by nearly 90%. The residence also has the potential for net zero (a zero-energy building), with the addition of a small solar array of PV.

Phoenix Haus, based out of Detroit, Michigan designed and produced the components of this innovative pre-built system. This home is set to be completed by Thanksgiving 2015.