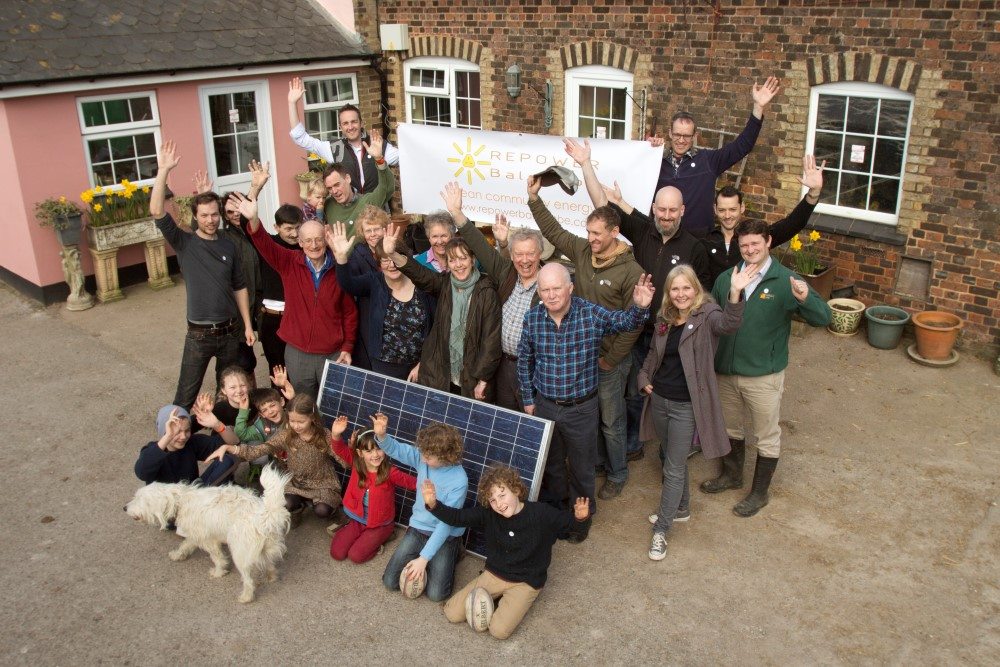 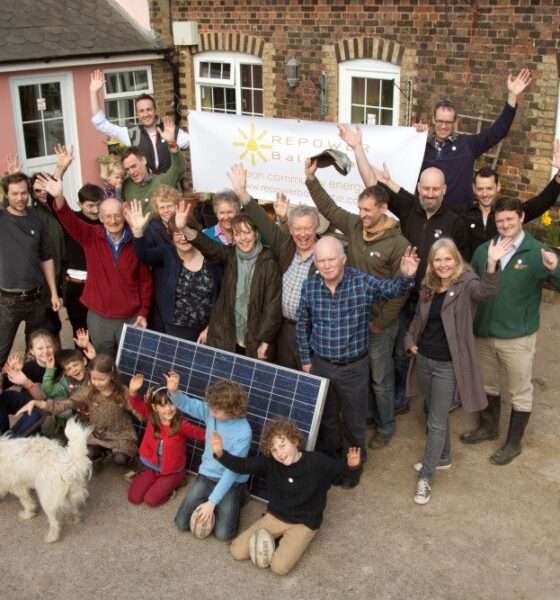 Residents of Balcombe, the quiet Sussex village that shot to fame when a two-month protest against fracking in the area made headlines, have founded their own renewable energy co-operative.

REPOWERBalcombe launched its first project on Thursday, with the signing of a lease to host 19kW of solar panels on a roof at a family-run farm.

The founders of REPOWERBalcombe and their friends will pay the £33,000 needed to finance this pilot installation, with capital repaid in annual instalments.

Investors have been promised returns of around 5% pa over the life of the scheme, though this is subject to rise if the firm is successful in applying for tax relief under the Enterprise Investment Scheme.

Grange Farm, meanwhile, will receive 33% discounted electricity for the next 25 years.

The company plans to install £300,000 worth of solar panels on local rooftops this spring. They say this will generate 224kw of PV solar power, enough green electricity to meet 7.5% of Balcombe’s demand.

“We all need energy, but buying dirty fossil power from giant utilities is no longer the only option,” said REPOWERBalcombe communications director Joe Nixon.

“Advances in renewable technology mean that communities like ours can now generate the energy we need ourselves, locally, in a way that benefits us directly instead of big power companies – and helps the environment instead of harming it.

“This is win-win for Balcombe and for the planet.”

The cooperative hopes to finance this first wave of installations through a first full community share issue to investors. Shares can be bought for a minimum of £250, with the controlling investors coming only from the local area.

They say terms will mirror those of the pilot project, while any surplus profit will go towards the co-op’s community benefit fund.

Residents say they came together to form REPOWERBalcombe partly as a way to repair the damage done to their village by the controversy of last year.

In July, anti-fracking campaigners formed a blockade near energy company Cuadrilla’s exploratory drilling site just outside the village. Over 100 people were arrested, including Brighton Pavilion MP and former Green party leader Caroline Lucas, who appeared in court earlier this week.

However, the protestors did not withdraw until October, after the firm suspended its operations at the site.

Activists, environmentalists, scientists and governments from around the world have a number of concerns over the possible impacts of the controversial process.

It works by blasting rocks with water and chemicals, which then fracture the rocks and release the natural gas contained within them.

It has been linked to water contamination, methane leakage and increased risk of earthquakes. Investors have also warned that shale gas may prove uneconomical as efforts to curb climate change are increased.

“We’re being told that the only choice we have is being held to ransom by Russian gas or drilling up our countryside for shale gas,” said Leo Murray, senior campaign manager at the climate change charity 10:10, which has supported REPOWERBalcombe.

“But the people of Balcombe are showing us the way out of this dilemma with a different choice – community-owned renewable energy.

“Balcombe’s choice is Britain’s choice. We invite everyone who understands that Britain’s energy future can and should be renewable to back Balcombe to go fossil free for power this year.”