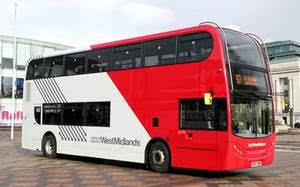 The engines in 150 West Midland buses are to be fitted with clean air technology after the region won nearly £500,000 of funding. The money has been secured from the Government’s Clean Bus Technology Fund following a joint bid by Centro, the delivery arm of the West Midlands Integrated Transport Authority and bus company National Express West Midlands.

The funding enables 27 of the company’s buses to be retrofitted with the technology which can cut harmful emissions by up to 90 per cent, helping to improve air quality in the region’s city and town centres.

In addition, National Express West Midlands is to spend a further £2.2 million of match funding to upgrade another 123 buses and all of the buses will be fully refurbished.

Cllr John McNicholas, Chairman of the ITA’s Delivery Committee, said: “National Express West Midlands operate the vast majority of the buses in Birmingham, Wolverhampton and Coventry city centres, all areas which have issues with air quality.

“I’m very pleased that this successful bid, together with the extra money being put in by the company, will see many more buses across the West Midlands upgraded. That means cleaner towns and cities and a healthier environment for people.

“But we’re not stopping there. Our Bus Alliance partnership with National Express West Midlands will see even more brand new buses with clean engine technology put into service over the next few years.”

Peter Coates, Managing Director of National Express West Midlands, added: “This is a great example of how the Bus Alliance partnership is making the West Midlands a better place to live and work.

“National Express will be fitting our older buses with filters and chemical treatments to remove harmful gases and particulates from exhaust gases. Our older buses will then run to much higher environmental standards – equivalent to newer vehicles – with direct benefits for people’s health.”

This will essentially see the older engines become as clean as the latest Euro 6 models already fitted in 159 of National Express West Midlands’ 1,540-strong fleet.

The buses selected for the upgrade will also operate in those areas of the West Midlands identified in a recent Centro commissioned report as having the worst air quality.

These include the area inside Birmingham’s inner ring road which has been highlighted as being of particular concern.

The funding secured under the bid will now complement the £125 million due to be invested in new buses over the next five years as part of the Bus Alliance agreement between the ITA and National Express West Midlands.

The organisations are also bidding for further funding which, if successful, would see the bus company and Centro introduce up to 50 fully electric buses in 2017 and 2018 on routes with air quality issues.

The two organisations are also working with Birmingham City Council as part of the 100 Bus Hydrogen Project, which aims to put 20 fuel cell buses into service in 2018.

The Clean Bus Technology Fund is a core part of the government’s commitment to green transport which has seen £2 billion worth of measures introduced nationwide since 2011.