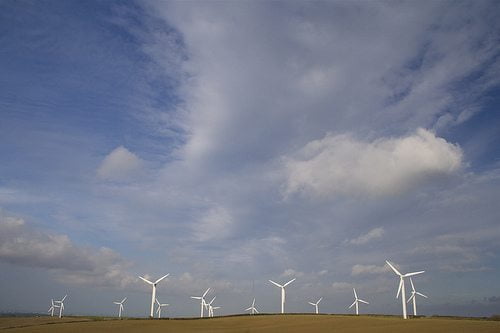 Following the Conservative party’s victory in the 2015 General Election, members of the clean energy sector and environmental campaigners have urged David Cameron not to break promises on climate targets.

The renewable energy industry has called on the newly-elected government to support national clean power and keep promises on decarbonisation targets to ensure long-term investment.

The call comes after the Conservative party won 51% of the seats in last week’s general election defeating both Labour and Lib-Dem, whose leaders have now resigned.

The Conservative Manifesto agrees on respecting the Climate Change Act and seeking a legally binding, global climate deal to keep temperatures under the 2C threshold, as well as cutting the use of unabated coal for power generation.

However, climate campaigners and members of the clean energy industry are worried about the party’s plea to cut subsidies for new onshore wind farms and boost shale gas.

Renewable UK’s chief executive Maria McCaffery said, “We urge the new administration to confirm the importance of onshore wind as an essential part of our electricity mix, as it is one of the most cost effective ways to generate electricity, and is consistently supported by two-thirds of the public.

“For the renewable energy sector as a whole, the most important signal that the government could send to show that it’s serious about cleaning up the way we generate electricity would be to set a clear 2030 decarbonisation target to provide long term certainty. This would attract the investment needed for growth.

“More than 34,000 people now owe their livelihoods to the British wind industry, onshore and offshore. Britain’s global lead in offshore wind is bringing major manufacturers to the UK”, she continued.

Greenpeace UK executive director John Sauven said the Cameron should appoint a climate advocate as Secretary of State for energy and climate change.

WWF UK Chief Executive David Nussbaum also added, “The economy will be stronger and the nation healthier if the new government takes the environment seriously”.