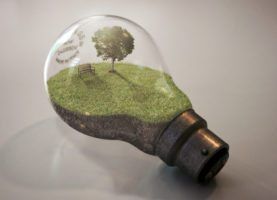 A panel of 30 experts from around the world had originally named 80 brands in 20 countries that they considered outstanding energy brands – after a careful screening process, the list was then cut down to a total of five brands in each awards category.

Dale Vince, Ecotricity founder, said: “This is great recognition for Ecotricity and the work that we do.

“We founded the now global green energy movement just over twenty years ago – and at the time, green energy was a radical idea.

“A lot has changed since then – green energy is now the direction of travel of the world, and we’re happy to still be at the forefront of that.”

This is great recognition for Ecotricity and the work that we do.

The Best Green Energy Brand honours outstanding brand work in the field of green energy – the award takes into account how well nominees are able to broadcast a green message through their branding and how effective it is, how well the source of energy is branded and how successful the brand is within its market.

The other winners on the night were: OVO Energy for Best Energy Brand and Stedin for Best Transmission or Distribution Brand.