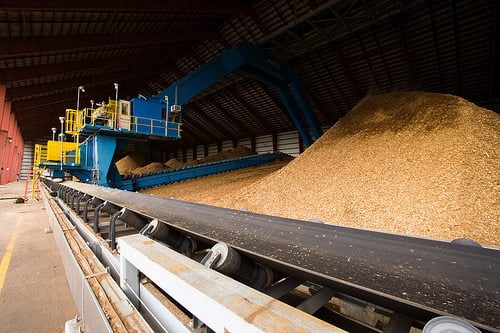 The majority of renewable energy firms in the UK think the lack of a binding 2030 renewables target sends a poor signal to investors. There is however, a more positive long-term outlook for employment and access to finance than six months ago.

The second edition of The Renewables Industry Confidence Survey, conducted by the industry’s trade body the Renewable Energy Association (REA), says that over half (52%) of respondents share the view that a carbon-only target at EU-level does not go far enough in reassuring investors that the UK is committed to renewables over the long-term.

A shorter term target currently in place in the UK, to produce 15% of energy from renewable sources by 2020, is unlikely to be met, according to 73% of respondents. Only 2% thought the target was within reach – down from 4% when the survey was conducted in March.

Meanwhile, while access to finance within the renewables industry was seen as generally poor, a fifth (20%) of firms said it was good or excellent. This is an increase from the 14% who held this opinion in the previous survey. 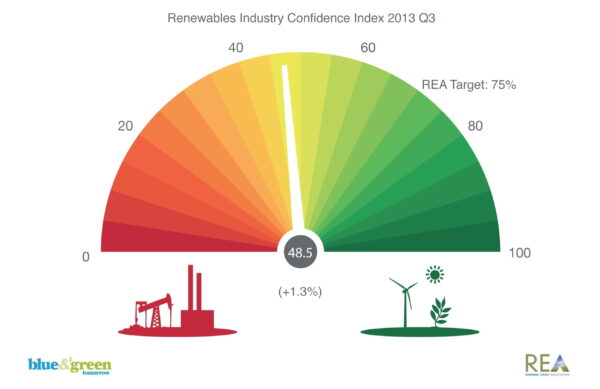 The REA combined data on "short-term business outlook with confidence in meeting the 2020 target and confidence" to create the Renewables Industry Confidence Index.

The publication of the survey comes a week after David Cameron announced the government would be conducting a review into the impact of green energy taxes. The REA survey was conducted prior to the prime minister’s comments, but the organisation said the government risks “undermining the new jobs and investments” that the industry was set to deliver.

Nina Skorupska, who replaced Gaynor Hartnell as the REA’s chief executive in the summer, said politicians needed to sing from the same hymn sheet in order for the industry to truly thrive.

“The renewables industry is poised to significantly grow its contribution to employment and economic recovery”, she said.

“However, these green shoots are still fragile, and the UK’s chances of meeting the binding 2020 targets appear remote. Although government has confirmed that funding for renewables is not at risk in the ‘green taxes’ review, consistent messaging on No 10’s commitment to the green agenda is absolutely vital.”

The House of Lords voted against a 2030 decarbonisation target for the power sector on Monday, despite a range of high-profile investors backing the calls to implement one. The target is now unlikely to be set before 2016.

Keep on track! Taking renewables to 2020 and beyond…