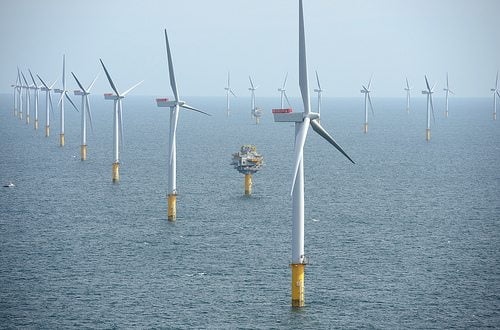 Government’s ‘lack of clarity’ a hindrance to offshore wind

The government has been accused of harming the offshore wind sector’s ability to expand because of a “lack of clarity” in its policies.

Amid fierce political debate over energy prices, green taxes and consumer energy demands, the offshore wind industry has fought back, accusing ministers of using the issue as a “political football”.

Paul Coffey, chief operating officer in the renewables division of RWE, told the Guardian, “Offshore wind is the only technology that can be developed at scale, with gas, to address the looming capacity need.”

He added, “We can’t invest on promises and a lack of clarity and we are running out of time for offshore wind.”

Coffey called upon the government to pull up their socks on offshore wind policies, saying, “The next six months are critical, but politicians are treating the issue as a political football to beat up the utility companies.”

Many believe that the UK is well-positioned to become the world’s leader in offshore wind development. Back in July, the world’s largest offshore wind farm was opened off the Kent coast. London Array generates clean energy that it is estimated can displace 1.9m tonnes of carbon emissions every year.

There are also calls for the government to give its backing to a diverse range of low-carbon methods.

A spokesperson for the industry’s trade body the Renewable Energy Association (REA) said, “We urgently need to get new low carbon capacity built. If the Government gives its backing to biomass… which is one of the cheapest low carbon power sources, we could have several additional GW of on-demand capacity within just four years… now more than ever the government needs to back biomass.”