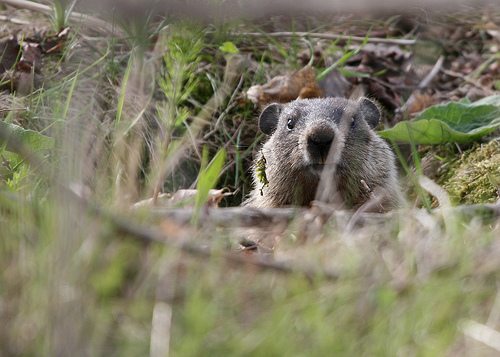 Reading the latest report from the Intergovernmental Panel on Climate Change (IPCC) feels rather as Bill Murray’s character Phil Connors must have felt in the 1993 film Groundhog Day when he found himself in a time loop, repeating the same day again and again.

The first part of the fifth IPCC report focuses on the physical science of climate and doesn’t say anything drastically new. The previous report in 2007 already established that there had been unequivocal warming of the Earth’s atmosphere and that this was 90-100% likely to have been caused by human activity.

Six years later with the contributions of 831 scientific authors and reviewers, 9,200 publications, 54,667 comments from 1,089 expert reviewers from 55 countries, the key conclusion is that we can now be 5% more confident (at a 95-100% level) that the warming has been caused by human activity.

There is of course much, much more detail in the full report, but this too is succinctly summarised in the opening line of the summary for policymakers. This states, “Warming of the climate system is unequivocal, and since the 1950s, many of the observed changes are unprecedented over decades to millennia. The atmosphere and ocean have warmed, the amounts of snow and ice have diminished, sea level has risen, and the concentrations of greenhouse gases have increased.”

So as investors what does this mean for us? The science itself doesn’t really change our perspective since it hasn’t really changed – the evidence has just got more robust. But the context is now very different to what it was in 2007.

In China, concerns about poor air quality are super-charging policies aimed at reducing the amount of coal used in generating electricity. The Chinese Air Pollution Control Programme will reduce coal-fired power generation by around 150-200m tonnes in coastal areas within the next five years.

Similarly, the US has also recently published proposed CO2 emission limits for coal-fired power stations which would make the construction of new power stations impossible without carbon capture and storage equipment – a proposal that has been facilitated in part by the emergence of cheap shale gas in the past few years.

More novel technologies like electric vehicles and second generation biofuels, which are still only just being introduced at commercial scale, are also expected to become significantly cheaper as volumes ramp up over the next few years.

These and other changes, such as higher electricity prices and a slowly recovering global economy, are likely in our view to reinforce appetite for policy, regulatory and behavioural changes aimed at reducing energy use and cutting carbon emissions.

Rather like the science, which continues to steadily evolve, we think it is apparent that policy and behaviour too will continue to advance; slowly but surely squeezing carbon out of the economy.

Seb Beloe is a partner and head of sustainability research at WHEB Asset Management. For a fully referenced version of this article, see WHEB’s blog, where it originally appeared.