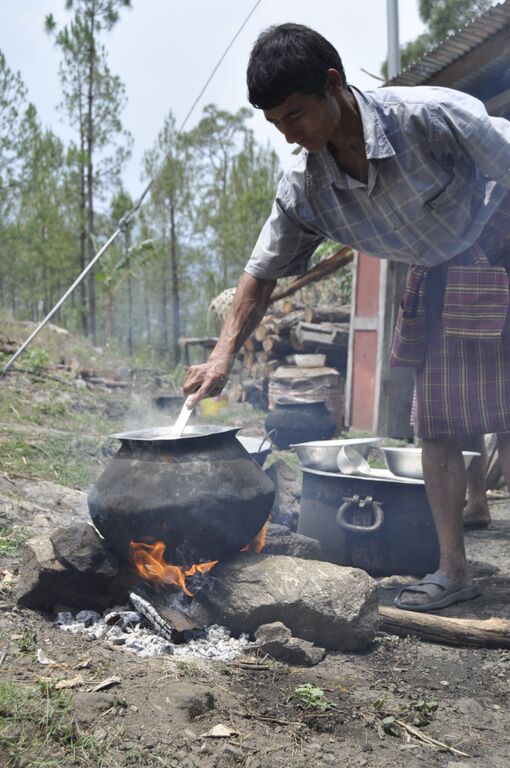 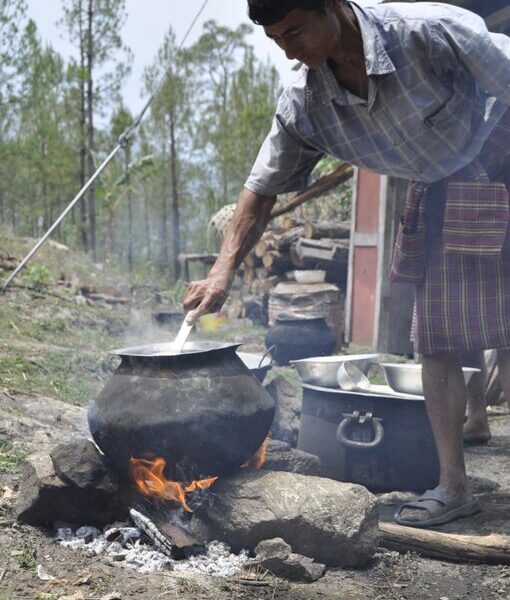 How cooking endangers planet and people

Almost half of the world’s population still uses open fires to cook their food risking a number of diseases because of their exposure to air pollution, explains Nathalia Hentze Nielsen, communications manager for Dazin.

Can you remember the last time you cooked a meal over open fire? I am going to take a guess and say it was while camping. You might even know how to start a campfire yourself if you were once a boy or girl scout. I remember the last time I sat in front of the crackling red flames and watched the smoke rise into the night sky. My high school class and I were on a fieldtrip and spent the night making twist bread and s’mores. The very next day we were back to the luxurious ways of modern lifestyle: Indoors induction cooktops and exhaust hoods.

While my classmates and I only had to inhale thick smoke for one night, coughing our way through campfire songs, open fire cooking is not an occasional fun pastime nor a relic of the past for over 3 billion people. WHO describes them as “the forgotten 3 billion” – that is, nearly the half the world’s population who still cook their food on open fires using firewood, coal and animal dung as their fuel. Doing so is not harmless and I am not just talking about watery eyes and a bit of coughing. These people are being exposed to high levels of household air pollution that cause a number of diseases ranging from pneumonia to strokes and lung cancer.

Out of these 3 billion, an estimated 4.3 million die every year from diseases following household air pollution. This exceeds the number of people who die from AIDS, malaria and tuberculosis – combined. Women are mostly tasked with the day to day cooking and while spending hours in front of the fires, stirring their pots and keeping a watchful eye on their children, they breathe in the toxic smoke. It is not surprising then that most of the 4.3 million deaths that happen are women and children in low- and middle-income countries.

Why is this problem not being talked about more? This time I will take a more educated guess and claim that western media has little interest in the subject because it is not happening close to home. Indeed, we can be inclined to think that “only” the 3 billion – and the 3 billion alone – are being affected. However, this is not the case. Household air pollution is not just a threat to the people in front of the fire; it affects all of us. Burning biomass on open fires releases a huge amount of carbon and black carbon, which contributes to global climate change. Furthermore, using forestry wood waste causes deforestation, soil erosion and emits 65 percent of the total black carbon in the India sub-continent, which contributes some more to global climate change (IEA, 2011).

So how do we solve such a demanding problem? Well, it is not going to happen overnight, that is for sure. It is currently 2015 and despite great technological advances, there are still millions of people living in poverty and our carbon footprint is fatter and blacker than ever. Attitudes and behavior need to change. People need to be shown solutions so they can help themselves. But most importantly right now, people need to be made aware of the problem’s existence.

Before getting involved with the non-profit organization Dazin, I had never even thought about open fire cooking being anything but a spectacle at a medieval fair or a mandatory experience during a camping trip. Needless to say, I got a rude awakening. People depend on open fires to cook their meals worldwide and the consequence for wanting to feed themselves and their families is a possible death sentence. We have been hearing a lot about proper sanitation in India due to Prime Minister Modi promising to eliminate open defecation. Now it is time to eliminate open fire cooking as well.

To put things into perspective, consider Bhutan. In the Bhutanese kingdom, located in the Himalayas, 70 percent of households use firewood and other forestry waste for cooking. They have no other reliable and affordable sources of sustainable energy. Bhutan may be small and seemingly insignificant in the larger picture but if the problem of household air pollution can be solved there, the country can be an inspiration in a worldwide energy revolution.

One very concrete solution to this fatal problem is something as simple as a stove. Smokeless stoves will not only make it safer for people to cook but also help the environment by eliminating black carbon emissions. Stoves alone are however not a long term solution. People living below poverty line are unable to cope with the high costs for maintenance and fuels. Therefore, providing an affordable and cleaner alternative to traditional fuels is crucial.

The cooperative Dazin, which I casually mentioned, provides that affordable and clean alternative. The organization is based in Bhutan and seeks to eliminate household air pollution by providing crowdsourced fuel cookies – small and dense briquettes – and smokeless stoves to rural households in Bhutan in exchange for forestry wood waste. As with all other small non-profits, Dazin is facing the issue of funding and has therefore launched a crowdfunding campaign, which I would like to encourage everyone to take a look at.

The campaign may only have the modest goal of supplying smokeless stoves to 2000 Bhutanese right now but the overall mission is ambitious: To make open fire cooking a thing of the past. That is most definitely a cause I can get behind.

Nathalia Hentze Nielsen is a recent graduate of Cal State Northridge where she earned her Master’s in Mass Communication. The twenty-three-year-old Dane is currently spending her summer volunteering as a Communication Manager for Dazin. Dazin is a cooperative based in Bhutan, which uses an inclusive approach to provide fuel cookies and smokeless stoves in order to eliminate Household Air Pollution from cooking fuel usage.