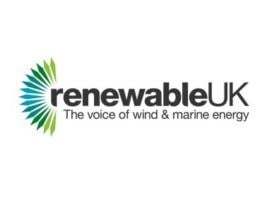 Hugh McNeal has made his first speech as Chief Executive of RenewableUK to the offshore wind industry. McNeal spoke at RenewableUK’s Global Offshore Wind Conference in Manchester, highlighting how much offshore wind is contributing to Britain’s economy. He said the renewable energy sector is “securing investment, delivering transformative and revolutionary change” in Britain, and across the world.

McNeal said offshore wind is bringing more than £20 billion in investment to Britain in this decade, and noted that this has been achieved by two Conservative-led Governments. He said: “We offer a pipeline of offshore wind projects ready to be deployed and financed, which can help Britain meet its electricity needs in the future. Offshore wind cost reduction is on a scale that you might associate more readily with consumer electronics than with multi-billion pound infrastructure projects.

Mr McNeal urged the industry to highlight the economic benefits it is bringing to the UK, saying: “Offshore wind is revitalising and securing new investment in ports along our coasts. We need to show what we offer Britain and what we will increasingly offer around the world. We need to tell the story of our business success.  We need to create a picture of the future we are building.”