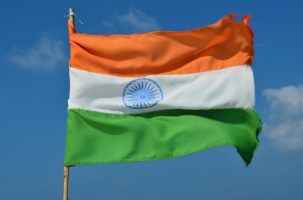 The Summit, convened by The Climate Group and the Clean Energy Access Network (CLEAN) and in partnership with the Ministry of New and Renewable Energy (MNRE), is being held in New Delhi.

Speaking at the Summit, Suresh Prabhu, Railway Minister, Government of India, said: “There are around 2 billion people in the world without access to electricity.

Suresh Prabhu : Decentralization of the energy grid is good as it helps create more jobs and brings forward innovation. This also saves on costs of putting additional infrastructure in for transmission.

At the inaugural session of the Summit, Richard Verma, Ambassador of the United States of America to India, said: “Expanding access to energy in India is fundamental to the development that needs to and will happen in coming years. Without electricity, it is simply impossible to create the necessary jobs, homes, factories, offices, schools, and other necessary infrastructure. Estimates suggest that if India succeeds in meeting its ambitious development goals, the country’s energy consumption, which has doubled over the past 15 years, may triple or even quadruple in coming decades.”

Following India’s pledge to cut national emissions at the UN Paris Climate Change Conference (COP21), driving decentralized clean energy across the country is a focal point for the nation’s low carbon energy transition – as around 240 million people in India still have no access to electricity.

The India Energy Access Summit is focused on achieving these targets, addressing the country-wide need to up-scale renewable energy technologies, future-proof business models, and build capacity and skills that catalyse the evolving landscape of state and central government policies on energy access.

In his official opening remarks, Krishnan Pallassana, India Executive Director at The Climate Group, said: “Now is the time for us all to take the initiative and accelerate rural electrification. There are still over 7000 villages awaiting to be connected to the energy grid, which the Ministry of Power envisions electrifying by the end of the year. Strengthening these systems to meet national climate action plans and the goal of achieving energy access across India – the seventh Sustainable Development Goal of low carbon energy access for all – will allow them to be met faster and more effectively.

Hari Natarajan, CEO at Clean Energy Access Network (CLEAN), remarked: “This year’s summit will not only showcase industry best practices in improving energy access but also encourage private sector start-ups, as well as established businesses working to serve the rural and urban poor to further hone their consumer orientation and evolve their service delivery models to secure their long term sustainability in an increasingly competitive market, in order to achieve MNRE’s draft mini-grid policy avowing its commitment to facilitate the installation of at least 10,000 mini-grids with a total installed capacity of 500 MW by 2021.”

The Summit opened yesterday with a workshop focused on energy access, followed by a mini-grid roundtable hosted by The Rockefeller Foundation and a high level inter-ministerial roundtable with policymakers from MNRE and Ministries of Finance, Agriculture and Health. The Summit will end tomorrow, August 12, with a day focused on energy efficiency and LED lighting as a way to drive universal energy access in India.

This year’s India Energy Access Summit is supported by The Rockefeller Foundation and Philips Lighting India as summit partners, and The Shakti Foundation as a strategic partner.