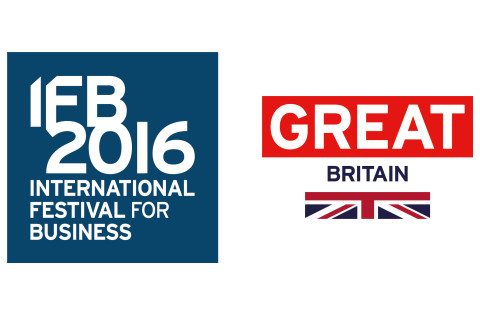 The Blue Skies series will take place at the end of each day at the Festival, the largest of its kind in the world, and will give attendees the opportunity to listen to events that have shaped a group of fascinating people’s lives.

The first three to be unveiled are:

Jude Kelly OBE, Creative Director of IFB2016 commented “The Blue Skies series is an exceptional addition to the 2016 Festival. The opportunity to hear from a group of the most fascinating global figures is a huge draw for Festival attendees. I am delighted to welcome FW De Klerk, Lord O’Neil and Liv Garfield as the first of our speakers and look forward to learn who else will be taking part.”

Backed by HM Government, IFB2016 is the world’s biggest business festival. It will bring together thousands of global businesses, providing a platform for companies to connect and conduct international commerce. Put simply it is a global marketplace where deals are done.

This summer’s festival follows the success of the inaugural IFB in 2014, which produced more than £200m of new investment deals and export sales totaling more than £80m which were the direct result of introductions and connections facilitated by the event.

As a global showcase for great British industries and sectors, the Festival is a key date in the UK and international business calendar commencing on 13 June 2016. It will focus on three key sectors that are transforming the business landscape of Britain and beyond, including: manufacturing; creative & digital; and energy and environment.