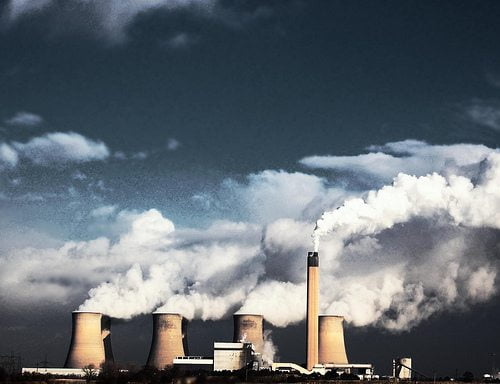 Leading sustainable investors have claimed the latest findings from the Intergovernmental Panel on Climate Change (IPCC) are further evidence for investment in sustainable companies and industries.

The IPCC’s second report of three in its Climate Change 2014 series warns how warmer temperate can put pressure on food prices, national security, health and the environment.

Vicente Barros, co-chair of the working group that produced the study, said investing in “better preparation” for the environmental, social and economic risks was sensible, and “can pay dividends both for the present and for the future”.

He added, “We live in an era of manmade climate change. In many cases, we are not prepared for the climate-related risks that we already face.”

The comments from Barros, who is from the University of Buenos Aires in Argentina, were echoed by leading sustainable investors.

Neville White, head of sustainable and responsible investment (SRI) at Ecclesiastical Investment Management, described the IPCC report as a “bleak wake-up call” for policymakers. He pointed towards the recent floods that had devastated parts of southern England as a “compelling example” of climate change’s impact.

White’s firm Ecclesiastical manages over £2 billion in assets, and he added that investors have a big role to play in “promoting energy efficiency, alternative technology and reduction targets in the emission of harmful greenhouse gases”.

Elsewhere, Seb Beloe, partner and head of sustainability research at London-based WHEB, noted the difference in how scientists and policymakers view the threat posed by climate change.

“The contrast between the sense of urgency in the latest IPCC report and the poor quality of discourse on climate change in the mainstream media and among political parties could not be clearer. The report confirms that climate change is not a ‘future hypothetical’ but a present reality“, he said.

“When people complain about food prices they need to realise that climate change is a significant contributor to this. Climate change is not esoteric and theoretical but impacting in real ways on real people today.”

Acknowledging the financial risks associated with climate change is becoming an increasingly mainstream concern for the investment world. A survey last year of asset managers and owners whose collective assets exceeded $14 trillion found that 53% had used climate change as their motivation when investing in or divesting from certain stocks. This was a marked increase from 23% in 2012 and 9% in 2011.

Meanwhile, the fossil fuel divestment movement has gained particular traction in recent months. Research by the likes of the Carbon Tracker Initiative suggests as much as 80% of fossil fuel reserves are “unburnable” once the need to stay below 2C of warming is factored in. Major investors, academic institutions and other organisations have used this rationale as their motivation for divesting from high-carbon assets.

The expected tightening of climate change legislation – including more ambitious emissions reduction targets – is also of concern to some investors who hold fossil fuel stocks.

After the latest IPCC report, James Cameron, chairman of asset management and advisory firm Climate Change Capital, said, “You will see much more activity from governments on climate in the next two years. In addition, institutional investors will be looking to invest away from risk and towards opportunity in the transformation we must make.”

He described energy, water and food as “critical investment areas”, adding, “Whatever the financial product, assets held in agriculture, energy, infrastructure, property will be revalued by reference to the physical consequences of climate change and the public policy response.”

The UK trade body for sustainable finance called for policy that ‘incentivises’ investment in the low-carbon economy. Caroline Escott, head of government relations at the UK Sustainable Investment and Finance Association (UKSIF), said, “Sustainable and responsible investors have led the way for many years in understanding the risks associated with climate change and taking these into account in their investment decisions.

“It is now increasingly urgent that governments create the right kind of stable and coherent policy framework that incentivises investment in a long-term, sustainable economic future.”