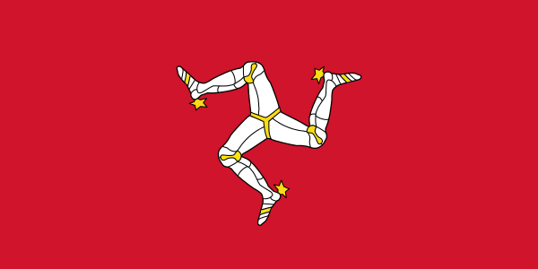 Plans to grow the Manx economy and work with the UK to help meet its energy targets by harnessing the Isle of Man’s natural resources to generate renewable energy have taken a significant step forward.

The Isle of Man Government has granted a survey licence to a local company to explore the possibility of developing a tidal array on an area of the seabed off the Point of Ayre.

The seven-year agreement will enable Manx Tidal Energy Limited to carry out preliminary work to determine the practicality and commercial viability of offshore electricity production.

The development of an offshore energy hub is one of the key strategies of the Government’s long-term proposals to boost the economy. Leasing parts of the Island’s seabed for renewable energy generation is expected to make a major contribution to public funds and local job creation.

The Department of Infrastructure is working closely with Department of Economic Development, the Department of Environment, Food and Agriculture, the Attorney General’s Chambers and Manx Tidal Energy to progress the proposals. A small team has successfully concluded the first stage of a complex technical process that may eventually lead to installation of tidal turbines in Manx waters.

Infrastructure Minister Phil Gawne MHK said: ‘The opportunities for the Isle of Man in renewable energy are significant. Leasing parts of our seabed to offshore tidal developers will generate substantial revenue directly to the Isle of Man Government, helping to fund public services as well as lowering our carbon footprint.’

He added: ‘The granting of a survey licence to Manx Tidal Energy is a welcome first step towards realising our vision. This will allow the company to conduct work to determine a number of important factors, including the suitability of the seabed to install turbines and the strength of the tidal current off the Point of Ayre. If the surveys prove that a tidal array is viable the Department would look to agree a lease for development, subject to all the necessary approvals being in place.’

In addition to the area off the Point of Ayre, there is potential for survey licences to be granted for three further sites off the southern end of the Manx coast.

Tidal arrays involve anchoring turbines to the seabed, well below the surface of the water, in locations where there is a reliably fast tidal current. This helps to generate a constant supply of renewable energy, some of which could be exported to the United Kingdom.

Any development would be subject to approval under the relevant consenting regime and would also require the submission of a full environmental impact assessment. The need to protect transport links and fisheries would be an important consideration.

Economic Development Minister Laurence Skelly MHK said: ‘The granting of the survey licence has been achieved as a result of collaborative working between the public and private sectors. It demonstrates our commitment to diversifying and growing the Manx economy in new and innovative ways. As well as raising income through leasing parts of our seabed, there is potential for new jobs to be created for Isle of Man workers, as offshore installations require onshore support to manage their operation and maintenance.’

He added: ‘If the development of tidal arrays in Manx waters is viable, all the infrastructure costs involved in building and installing the facilities would be borne by the developer rather than the Isle of Man Government. This industry has huge potential for the future and I look forward to further progress being made.’

The granting of the survey licence follows an announcement in November 2014 of Manx Tidal Energy Ltd as the preferred partner to develop tidal power within the Island’s 12-mile territorial seas.

Andrew Roy, Chairman of Manx Tidal Energy, commented: ‘Manx Tidal Energy is extremely pleased to have been granted this prospecting licence to explore the opportunities for offshore electricity production. This significant and inspiring project has taken another important step forward.’

He added: ‘The potential of this site illustrates just how large the environmental and economic opportunities are in the Isle of Man’s territorial waters, potentially making it a world leader in offshore energy production. The size and scale of the site could make this the largest tidal energy project in the world to date. The ambition of the industry is matched by a vision from Government and the issue of this survey licence demonstrates the political appetite exists to unlock the vast potential of the Irish Sea’s clean energy resources.’