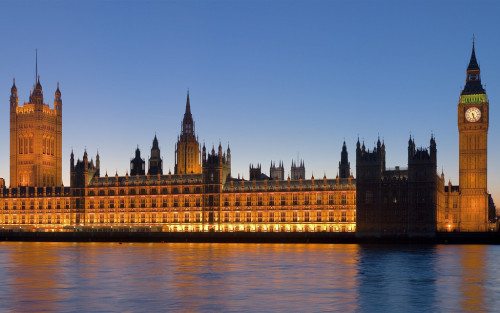 Leading figures from all the UK’s major parties will come together next Monday (8th February) to discuss how to achieve a proportional voting system for Westminster elections by 2021. It follows rumours that Labour and the Liberal Democrats are discussing a potential pact to secure PR after the next General Election, and a joint letter signed by several party leaders in the Independent on Sunday. The conference, organised by Make Votes Matter, draws together figures from across the spectrum, with a high-profile platform of speakers and participants:

Organisers see the event as an opportunity for all the main political parties, pro-PR organisations, representatives of local democracy groups and public figures to form alliances in order to secure a proportional voting system following the next General Election.

A spokesperson for Make Votes Matter:

“Last May’s General Election was the most disproportionate election ever in the UK. Votes per MP elected varied dramatically from party to party, ranging from just over 23,000 votes to almost 4 million, and when one quarter of voters are represented by 1.5% of Parliamentary seats, we cannot say we have real democracy.

“To secure a proportional voting system, all the pro-PR parties and organisations need to find the best way forward together, so we excited to be creating a space to start the conversation. The PR Alliance Building Conference is a historic opportunity to work collaboratively towards creating and implementing an effective strategy to get PR for Westminster by 2021.”

“The fact that we have a government without any kind of democratic mandate – with only the support of 24% of eligible voters, combined with our unelected House of Lords, is doing serious damage to trust in our democratic process. It’s almost a century since the last significant change in Westminster. It was 1918 when women got the vote – we should not go past the anniversary of that without seeing a change to a fair, proportional electoral system, in both the Commons and the upper chamber.”

“Last year saw over half a million people and five political parties come together to sign and deliver petitions calling for a fair voting system, so this conference is a very welcome next step in the push for a truly democratic voting system.

“Nearly every European country uses a Proportional Representation (PR) system, and here in the UK, public support for PR is at an all-time high, with three quarters of the public in favour. It’s great to see citizens and leading political figures coming together to work out how best to secure a fair voting system.”

“The public are urging us to act together.  This Government is throwing its weight around with the support of less than a quarter of the eligible electorate – they would brand any other government in the world with that level of mandate as illegitimate.”

“At the last general election, UKIP got 4 million votes and only one elected MP. This is patently untenable and things cannot go on like this. The first past the post electoral system is clearly bankrupt. We must have an electoral system where votes cast match seats allocated and introducing a proportional system will deliver a result that is both fair and more democratic.”

“The First Past the Post electoral system distorts our democracy, encourages adversarial politics and divides people. With the constitutional foundations of our nation cracking the case for electoral reform has never been stronger. The PR alliance is a doughty campaigner on this vital issue, and I am honoured to have been invited to speak at this important event.”

“The current electoral system alienates people from politics and widens the divide between government and the governed. The first past the post system is unfair, undemocratic, and long past its sell by date.”