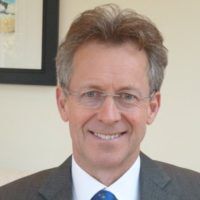 The community energy company, Mongoose Energy, has further strengthened their management team through the appointment of Garry Peagam to the role of Chief Finance Officer.

Garry will work across the company’s energy generation, asset management and supply divisions. He brings over 30 years of senior financial experience to the role, including almost 15 years at energy companies, having qualified as a chartered accountant with Arthur Andersen. He was recently Group Finance Director at Good Energy plc from 2010 to 2014 and previously Group Financial Controller at EDF (SWEB), then MD of SWEBGAS from 1991.

Garry is succeeding David Bunker, who has decided to step back after five years in community energy, starting with Bath and West Community Energy, which led to the co-founding of Mongoose Energy. David will still be involved in various Mongoose activities, most notably working with a number of the community groups that form part of Mongoose Energy.

Jan-Willem Bode, CEO of Mongoose said: “Garry has an exceptional depth of experience in this industry and will play a pivotal role in helping us develop our unique, majority-community-owned organisation. He has a repeatedly driven growth in the companies he’s worked with and will be a true asset in helping us deliver our vision.

I would also like to thank David for his commitment and contribution to community energy in general and Mongoose in particular.

Garry Peagam said: “Mongoose is an extremely exciting organisation with an innovative ownership structure and ambitious plans. I am really looking forward to working with them to enable community energy to succeed and flourish in the marketplace.”

Mongoose announced the supply business in April and plans to launch before the end of the year.

Run under a unique ownership model for an energy supply company, Mongoose will deliver the majority of profits to its community benefit partner companies to invest in local projects that, for example, reduce energy poverty, improve energy efficiency, or enhance biodiversity.